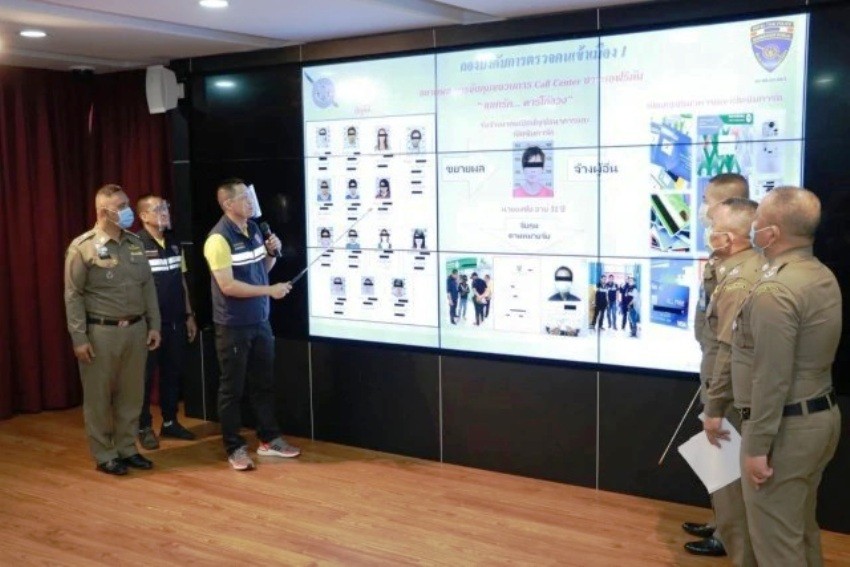 Thailand’s Immigration police have arrested two Nigerians and a Thai woman for allegedly running a online romance scam in Bangkok. The Nigerians were apprehended at a house in Phetchburi Soi 17 in Bangkok’s Ratchathewi district.

The arrest comes after a Thai man was detained in Northeastern Thailand for committing financial fraud. He allegedy opened 14 bank accounts using other people’s ID cards. He told Immigration police he was paid Bt1,500 for each account he opened for the Nigerians.

Under further interrogation he confessed that he was a part of a romance scam gang. The Online romance scam was run by two Nigerians and a Thai woman in Bangkok. They tracked down and arrested.

An online romance scam is generally perpetrated by feigning romantic intentions towards victims via social media. After gaining their trust and affection, the gang coaxes the victims into transferring money to them.

This operation is part of a National crackdown ordered by National Police chief Pol General Chakthip Chaijinda. Above all to track down foreigners who are using Thailand as a base for illegal operations. Operations that might endanger public safety or stain the country’s image.

If you have any information about criminal activities of foreigners, contact Immigration Police hotline at: 1178 or visit www.immigration.go.th

The secret’s out! We have the actual “playbook” they use to trick people looking for love. It’s big business. Not just for the online sites, but for scammers.

A Nigerian man who calls himself Ogbama Godfrey, but goes by the name “Luke” when he’s online said, “Most of them are really desperate. And that’s also why most of them will fall for these scams.”

The video call was provided by Social Catfish. A website dedicated to helping people verify the identity of the person they’re talking to online.

In a YouTube video for Social Catfish, Co-Founder Dave Mcclellan says of his site, “Type in the name, upload a picture and you might be surprised at what you find.” Social Catfish got in contact with a Nigerian scammer through one of his victims, and he agreed to talk.

Mcclellan asks, “Do you try to target people that are not intelligent or does it even matter?” In broken English Godfrey responded, “Consequently It doesn’t matter. I’m looking for anybody who’s going to love.”

The Nigerian says, scammers like him hit dating websites or social media groups targeting widowers or divorcees. And they also use profiles often stolen from someone in the military.

Which above all serves as the cover of why they can’t meet their victim in person.

Watching the interview with the scammer, it’s also clear most of them have zero remorse about what they’re doing.

Some make hundreds of thousands of dollars at this con. Which above all makes them millionaires in their country.