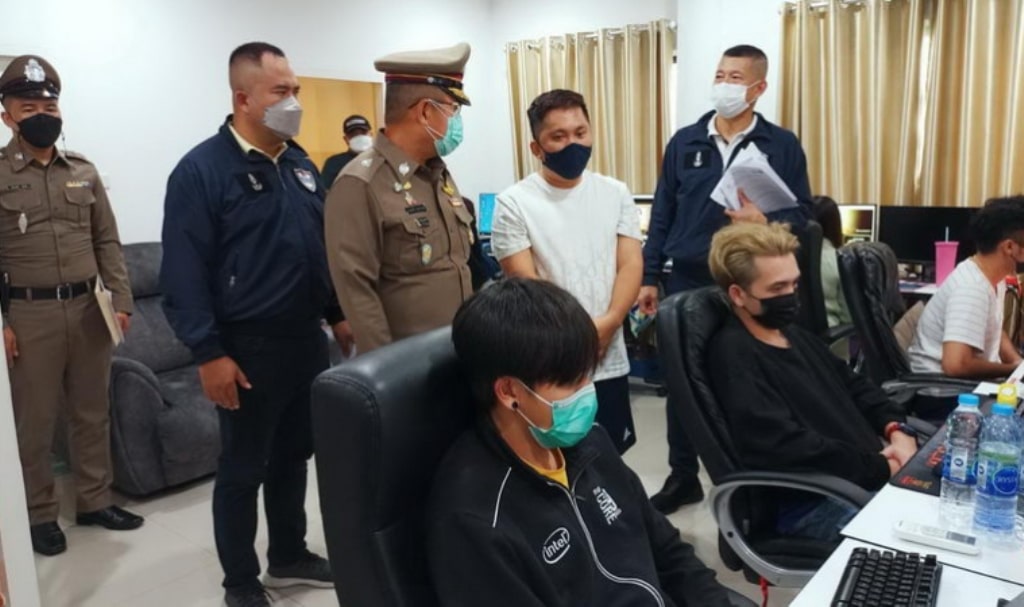 Thailand’s Cyber Police have arrested 18 people in a raided two houses being used as bases for an online gambling syndicate in Pathum Thani on Monday morning.

A Cyber police spokesperson said investigators had learned that two houses were being used by a gambling syndicate operating a network offering online gambling sites and betting on football matches.

The suspects were all charged with illegally operating online gambling and violating the emergency Covid-19 decree.

A Cyber police spokesperson said assets acquired from illegal gambling could be seized under the Anti-Money Laundering Act.

Meanwhile, Police in northern Thailand took down an Euro 2020 betting site and arrested two men in Mae Sot district of Tak on Wednesday. They were charged with hosting online gambling during the Euro 2020 football tournament.

He said the suspects confessed and said they worked as administrators for the online gambling website. They handled 10-20 million baht worth of bets per month.

The Online gambling administrators were hired by foreign gambling networks, operating at many locations along the western border in Tak, the immigration commissioner said.