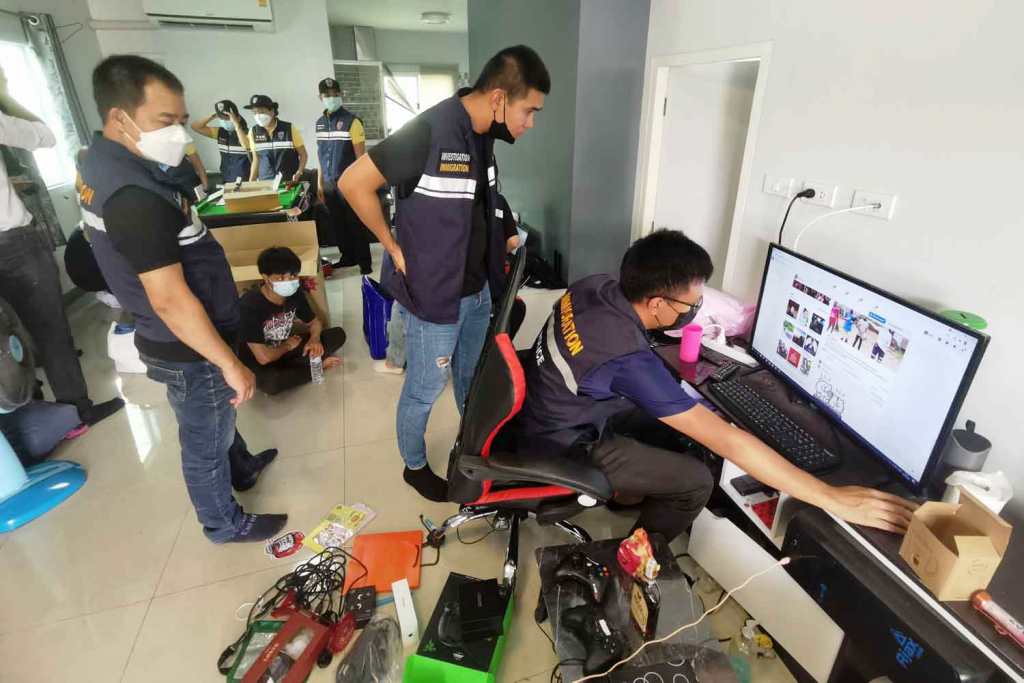 Police in northern Thailand have taken down an Euro 2020 online gambling site and arrested two men in Mae Sot district of Tak on Wednesday. They were charged with hosting online gambling during the Euro 2020 football tournament.

He said the suspects confessed and said they worked as administrators for the online gambling website. They handled 10-20 million baht worth of bets per month.

The Online gambling administrators were hired by foreign gambling networks, operating at many locations along the western border in Tak, the immigration commissioner said.

Meanwhile, Police in Bangkok busted an online gambling operation that netted US$3 million per month and arrested 19 people during a raid at a condominium building in Bangkok’s Bangkok Noi district.

Pol Gen Damrongsak told reporters police tracked the online gambling operation down to three rooms on the 11th and 15th floors of a condominium building in Bangkok’s Noi district.

Police were armed with a search warrant from the Criminal Court, police searched the three rooms. They arrested 8 men and 11 women found running the online gambling operation in the three rooms. All were being held in custody and face gambling charges.

Investigators estimated at least US$3 million in bets had been circulating through the network each month.

Freight Truck Plunges of Bridge and Explodes in Southern Thailand