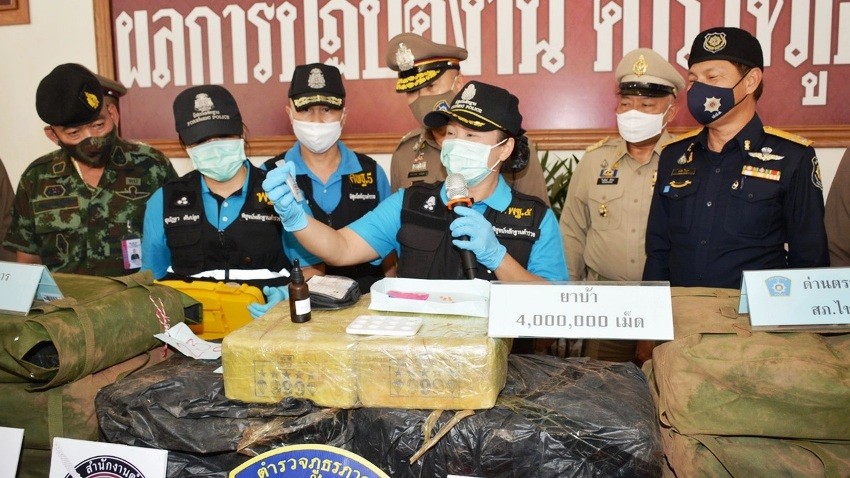 Police said in a press briefing on Friday that Pha Muang Task Force soldiers had seized 4 million meth pills from a pick up truck in Chiang Mai in northern Thailand.

At the press briefing, the driver admitted that he had been hired to deliver the drugs.

The seizure followed a tip-off that a young man was preparing to transport drugs from a hilltribe village in Fang district of Chiang Mai to other areas of the province through the Pha Hong checkpoint.

Thailand’s Anti-drug Tsar has told a press briefing three weeks ago that crystal meth has once again begun to flooding into Thailand despite Myanmar resent crack down. Covid-19 cause smuggling delays in narcotics production but they have since revamped.