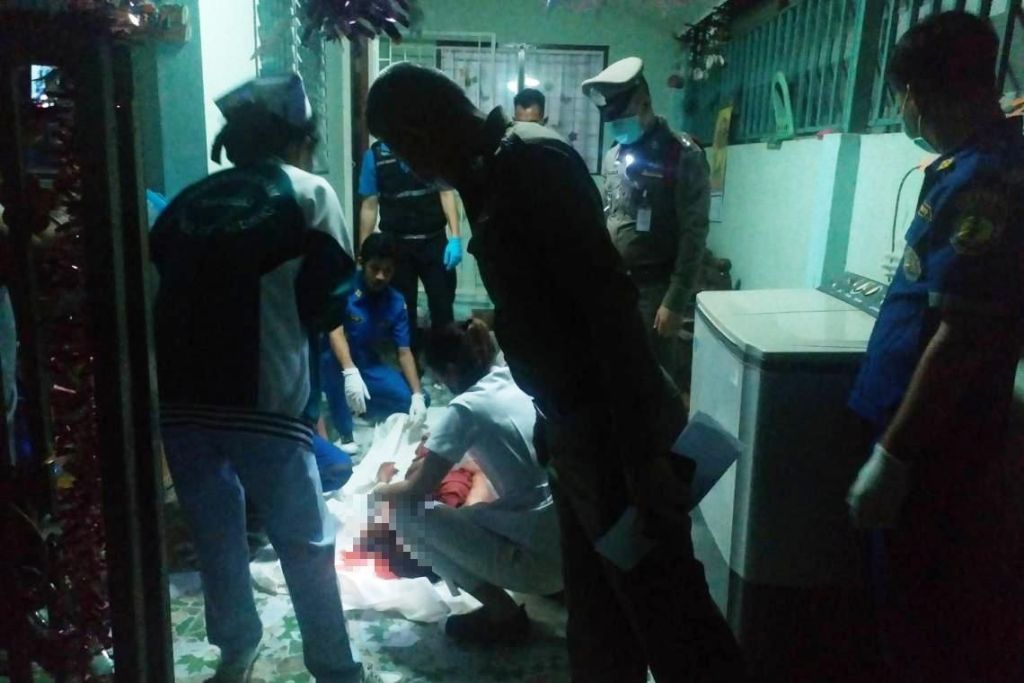 A woman in has been murdered by her own son, who was stoned out of his mind on crystal meth in western Thailand. Sopee Punsombat, 54 was found murdered at her home in Tha Maka district of Kanchanburi on Saturday night

Senior police investigator, Pol Maj Supachai Nakorn Piamlarp, said police and a doctor were called to the home about half past midnight. Upon entering the home they found, Sopee Punsombat, 54, lying dead in a pool of blood in her bedroom.

The woman sustained serious head wounds, including a deep cut to the forehead, Thai media reported.

Local residents told police that the woman lived in the house with her son, Anek Klueabsuwan, 36. Neighbours said he was addicted to crystal meth and often beat his mother.

At about 10.30pm on Saturday, they heard loud noises of things being smashed inside the house. They also heard the cries of Ms. Sopee calling for help and called the police.

When the police arrived, Mr Anake, who appeared deranged on crystal meth, ran out of the house and tried to escape in a car. He was caught by and police. and also diligent neighbours.

Police investigators believe the man knocked his mother’s head against the edge of the bed, causing her death.

Mr Anake was taken to Tha Rua police station for further questioning. He faces charges of manslaughter and using a controlled substance. Police were also questioning him on where he obtained his crystal meth from.

Crystal meth, or ya ice, has become a major scourge

Methamphetamine remains a pressing problem for Thailand. Crystal meth, or ya ice, has become a major scourge, according to the Office of the Narcotics Control Board (ONCB).

The past three years Thailand has seen widespread abuse of meth pills and crystal meth, “ya ice.”

The ONCB is also on the look out for the emergence of new psychoactive substances (NPS) and opioids. A class of drugs which includes the illegal drug heroin, synthetic opioids such as fentanyl, and pain relievers.

Authorities have determined that a growing number of people have received treatment for crystal meth abuse.