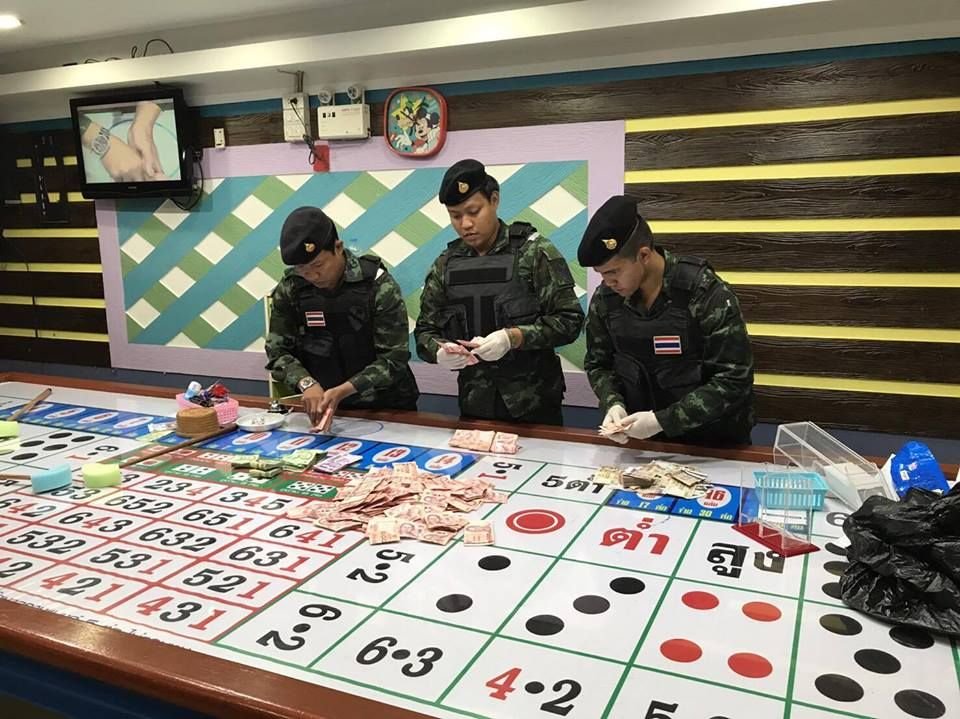 Just days after the Prime Minister Prayut stated he was considering legalizing gambling in the Kingdom of Thailand, a large illegal gambling den in has been busted operating in Chiang Mai.

34 gamblers were arrested, including 4 Cambodians, during the raid at a luxury resort in San Sai district. The resort had been rented out the resort for gambling purposes. The Royal Thai Police involved in the raid seized numerous items including 26 slot machines, 29 sets of cards, 60 chips, 2 computers and a Baccarat table.

The casino had allegedly been operating for only 2 days.

Just last Thursday Prime Minister Prayut Chan-o-cha approved a 10-member committee to primarily focus on law enforcement in the cases of illegal gambling. This issue has been under the spotlight since the outbreak of COVID-19, and has been blamed for some of the spread within the Kingdom.

Due to the popularity of gambling dens, it has been suggested that legalizing gambling might be the best approach to containing the spread of Covid-19. The crowds that gather at such premises have been accused by some of the spreading of the virus.

Gen Prayut admits it is difficult to curb gambling and is open to holding public discussions about the pros and cons of allowing gambling to continue, legally, within the Kingdom. Despite being illegal and the increasingly strict Covid-19 restrictions to halt the practice, gambling has continued unabated and shows no signs of stopping.

Online gambling is also popular in Thailand where it is difficult to regulate or control. Sites like Ufabet, offering such services, have been growing in popularity despite the rest of the economy grinding to a halt in the recent months. With growing concerns about the spread of Covid-19, it seems logical for the Thai Government will consider a push forward to legalize online gambling, to reduce the risk of groups gathering illegally.

Currently the only legal forms of betting allowed in Thailand are the national lottery and horse racing at a few, select racecourses around the country.