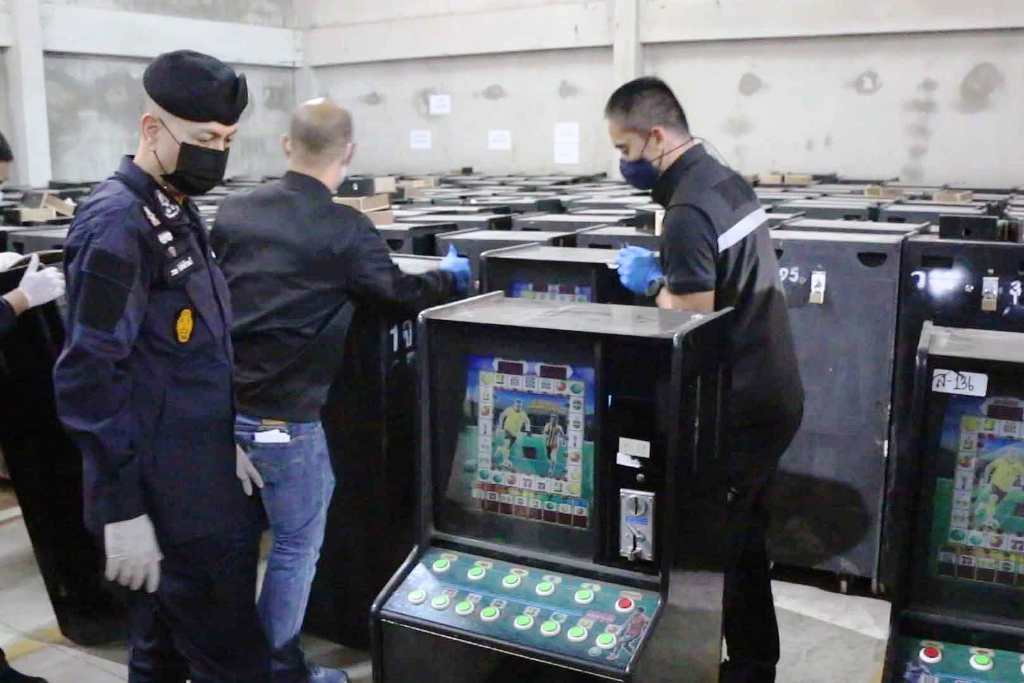 The slot machines, worth about 17 million baht, were all operable, well covered up and hidden away in the heavily locked warehouse. The slot machines had been delivered on five trucks from the eastern province of Chon Buri.

The trucks reached the northeastern province of Khon Kaen last Friday and moved gradually to the warehouse to avoid suspicion. Unbeknown to them, anti-gaming police followed them to the warehouse.

The warehouse had been leased for three years, since November, at 50,000 baht a month. It belonged to a resident of Khon Kaen who was unaware of what was stored there, the spokesman said.

Some truck drivers who had transported the slot machines turned themselves in. They said the gambling machines were due to be delivered later to Ubon Ratchathani province, in the lower Northeast .

Recently, police also seized 179 slot machines in the eastern province of Sa Kaeo that had also come from Chon Buri.

“There is still a lot more hidden gambling equipment linked to a gambling network in Chon Buri, the police spokesman said.

Crackdown on Illegal Gambling in Thailand

The prime minister pledged to use the toughest measures against any place found to be spreading the coronavirus, including gambling dens, saying he had set up a panel to track down and punish the offenders.

The panel consists of officers from the Royal Thai Police, the Department of Special investigation, the Anti-Money Laundering Office and the Public Sector Anti-Corruption Commission.

The premier also warned the public against gambling in neighbouring countries, saying people from Thailand must not try to sneak out of the country to gamble elsewhere.

All those who have visited gambling dens were encouraged to enter the government’s Covid-19 screening system, he said, reassuring them the government would not punish them.