Gunman Shot and Killed Clinic Doctor for Being Overcharged
Advertisement 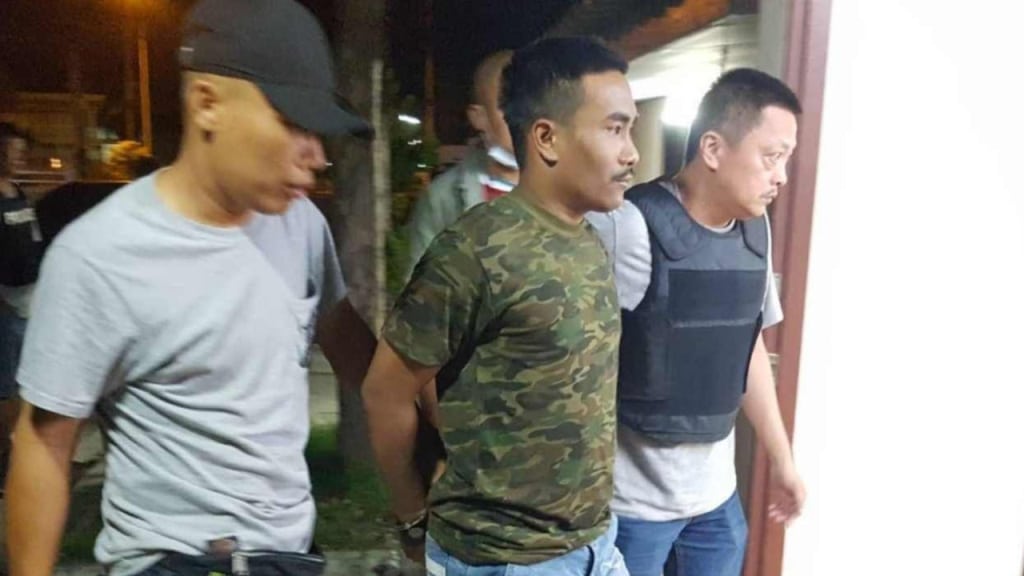 The gunman who shot and killed the director of Phra Chom Klao Hospital on Saturday told police that he shot the doctor out of anger after thinking he was overcharged for his visit while under the influence of drugs.

Pol Maj Gen Sumeth Poonsri, told the Bangkok Post that Denphum “Phum” Sangthong, 22, had confessed to the police that he had a personal grudge against the victim, Chumphon Decha-amphai, 58.

According to Pol Maj Gen Sumeth, the suspect told investigators he was a regular patient at Phra Chom Klao Hospital in Phetchaburi, where the victim was director. He had regularly complained about the hospital’s poor services.

Mr Denphum said he never received a response, so when he became sick last week, he decided to seek treatment at the hospital director’s private practice instead, the Samut Songkhram police chief said.

When he found out that he was charged 130 baht for a consultation, as opposed to 30 baht at a public hospital, the suspect lost his temper and at about 11.30am. He fired seven shots at the doctor, he added.

Pol Maj Gen Sumeth said the suspect had admitted to spending 1,000 baht on amphetamines prior to his visit, and that he was under the influence of drugs when the shooting took place.

He dismissed reports that Mr Denphum shot the doctor for meddling in his relationship with a girl who had worked at the clinic.

Pol Maj Gen Sumeth then ruled out reports which said the gunman was angry because the victim intervened in his romance with a girl who had worked at the clinic. On Sunday, Mr Denphum was taken to the crime scene in Phetchaburi province to reenact the shooting.

Forty police officers were deployed to guard the crime scene and provide security for the suspect, as a crowd of about 300 people had gathered. The mob jeered the suspect as the reenactment took place, with some demanding the suspect be executed.

Mr Denphum was arrested at a hotel in tambon Mae Klong in Samut Songkhram’s Muang district, where he was arrested on murder and weapons possession charges.

Hospital Director Gunned Down in Cold Blood in Central Thailand