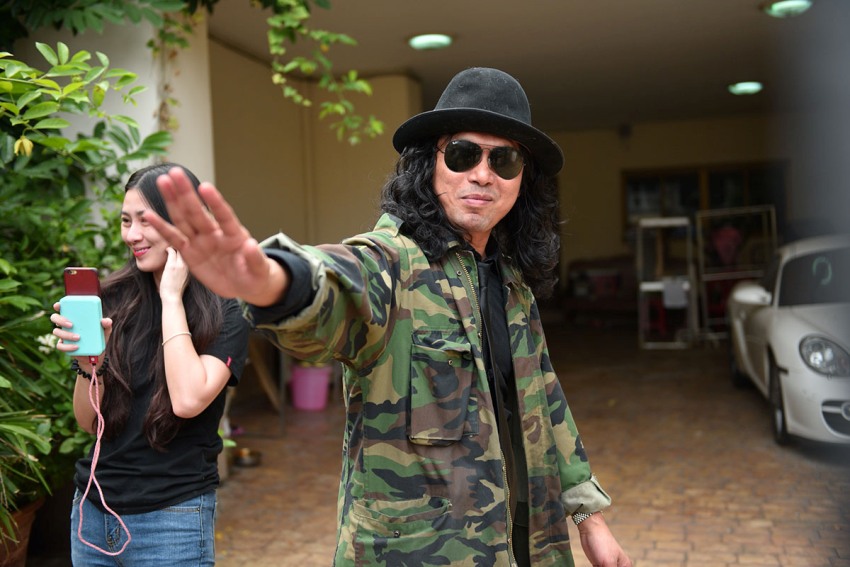 A Bangkok Appeals Court on Thursday upheld a lower court’s decision to imprison rocker Seksan Sookpimay aka Sek Loso. He was found guilty on three counts of drug abuse and resisting arrest following his arrest in December 2017.

Sek Loso, was found guilty of resisting arrest, threatening police with a gun and drug abuse on Oct 25, 2018.

He was sentenced by the court to 3 years and 9 months in prison despite claiming he was suffering from bipolar disorder. His bipolar defence was rejected by the Bangkok court.

He then began an appeal process to have his conviction overturned and sentence dropped.

However, the Appeal Court on Thursday upheld the lower court’s decision. The court reduced the sentence for his illegal arms possession from 5 months to 3 months. The others stayed the same.

Meanwhile, A Bangkok Court has sentenced two soldiers and one policeman to death for the murder of a waitress in 2016. They were all convicted of premeditated murder with intent to conceal a body.

The three abducted 28 year-old Supaksorn “Ying” Polthaisong killed her then burying her body in Kanchanaburi.

The court also ordered the three men to pay Bt1.6 million plus 7.5% interest in compensation to the victim’s family.

Bangkok Court Sentences 2 Soldiers and a Policeman to Death