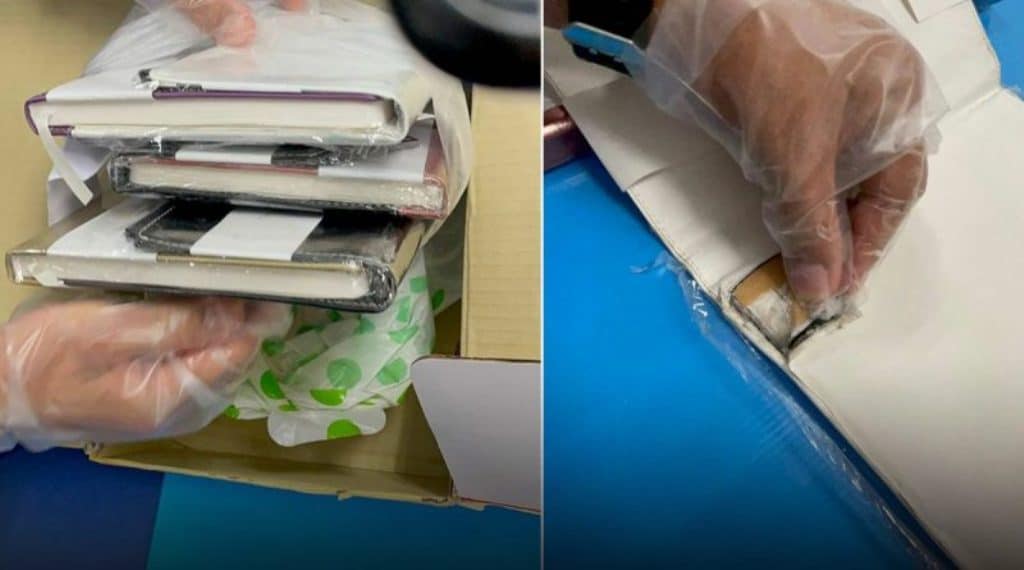 The Airport Interdiction Task Force and other related officials received notification on June 12th of a suspicious shipment to Australia. Upon opening the UPS labeled packages officials found 9 notebooks with the heroin inside.

Both packages containing the notebooks have the same sender address on the ups shipping labels. One was labeled from Samut Prakan and the other from Samrong Tai.

The packages have been seized and will be used in the prosecution of the sender of the packages once arrested.

According to the spokesperson officials have started watching for suspicious shipments to Australia since October 2020. To date there have been 19 packages for ups shipping to Australia with drugs inside.

Some packages for ups shipping to Australia officials found a box with 24.70 grams of crystal meth; a box with 61.04 grams of heroin, and more. This case is the latest discovery and the Australian police have received information regarding the UPS package recipient in their country.

During the Covid-19 situation where travel restrictions are put in place officials continue to find UPS shipments of illegal goods. This includes drugs, replica goods, and more. Officials have also found many illegal items brought in with travelers who will have to quarantine at the state quarantine centers.

Some of these travelers have previously been found committing similar crimes while arriving in Thailand. There are plans to install more X-ray machines used to scan all passenger baggage at Don Muang Airport and Phuket Airport. In the beginning of 2021, a total of 23 machines have been installed at the Suvarnabhumi Airport.