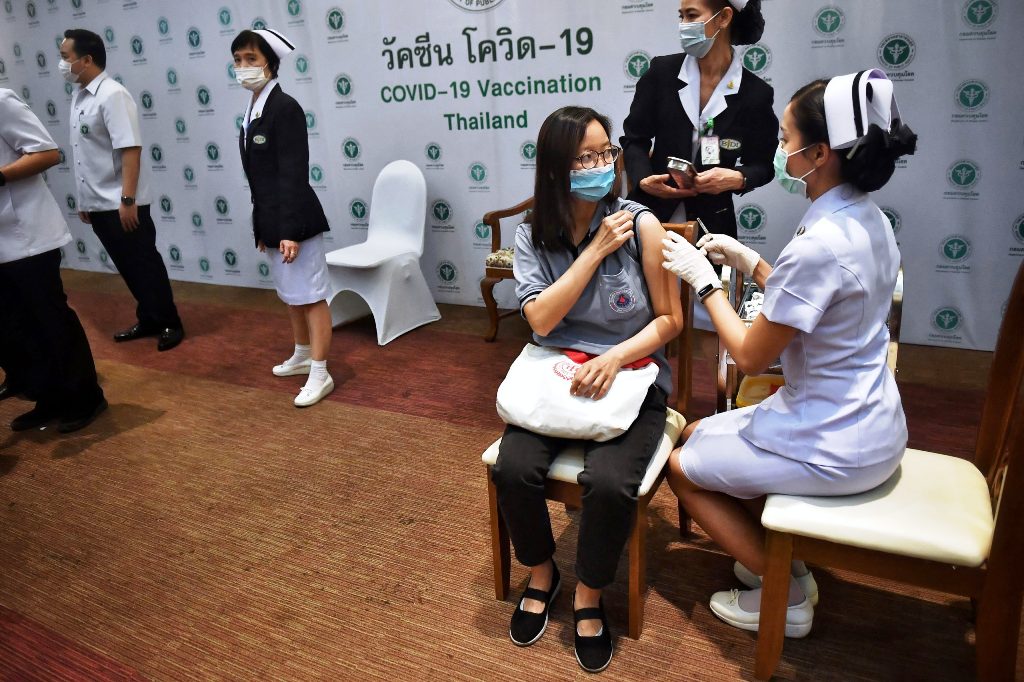 A postmortem examination has revealed that the 39-year-old teacher who had received Sinovac-AstraZeneca mix died of brain swelling, however doctors have yet to conclude whether it had anything to do with the mixed vaccine shots.

Dr Chawetsan Namwat, its director for emergency health hazard and disease control, said on Friday that the woman in Prachuap Khiri Khan province had been first inoculated with the Sinovac vaccine and then received the AstraZeneca vaccine as a booster shot. She died on Tuesday, a day after the second jab.

According to a preliminary autopsy report, he said, a mass in her brain caused it to swell. Blood in the brain out pressure on the brain stem and was the cause of death.

“Experts will consider the autopsy report together with other evidence, including underlying conditions, before concluding whether the death had anything to do with the Sinovac-AstraZeneca Covid-19 vaccinations,” Dr Chawetsan told the Bangkok Post.

He said that as of Sunday 14.29 million Covid-19 doses had been administered in the country and 231 recipients died afterwards, representing 1.6 deaths per 100,000 administered doses.

Of the fatalities, experts concluded, 122 had nothing to do with the vaccinations while in 13 other cases, it remained inconclusive whether vaccinations were a factor, Dr Chawetsan said.

According to earlier reports, the teacher was found dead at home in Muang district, Prachuap Khiri Khan, on Tuesday evening. She had had hypertension and received AstraZeneca as the second shot at Prachuapkhirikhan Hospital on Monday. The first shot of the Sinovac vaccine had been administered on June 28.

Before dying, the woman had a headache and a fever on Monday. She vomitted several times on Tuesday.

The woman had run a mathematics tuition centre which had provided online services since January.