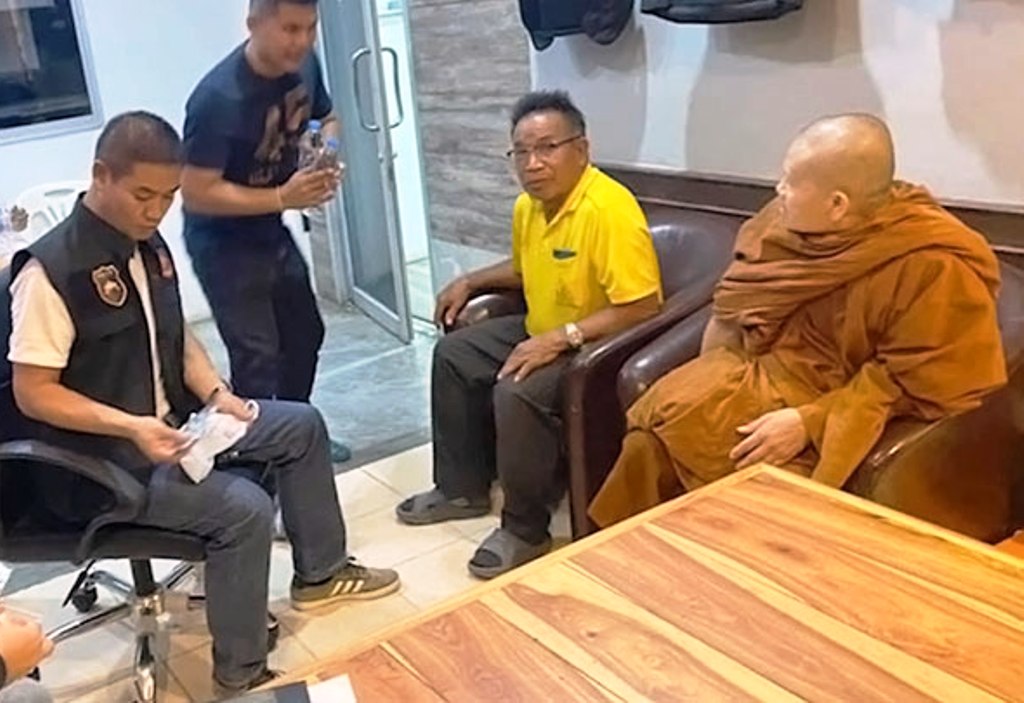 A Thai monk has been arrested and subsequently disrobed for calling in a bomb scare in northeastern Thailand. The Thai monk called the 191 emergency line and stated that there was a bomb placed inside a hotel in Khon Kaen Province.

Police arrested Monk Santisuk 30 years old in Wang Yai District, he was disrobed after the arrest.

Officials reported that the Khon Kaen Police received an immediate call from 191 on 10 February 2020 stating that an unknown man had called and claimed there was a bombing at a local hotel in the main city of Khon Kaen.

The Pol.Col. was notified of the bombing and officials were sent to the hotel. Officials investigated the hotel and searched all throughout inside and outside but no bombs were found.

The security guard at the hotel also stated that he didn’t see anyone or anything suspicious that day. It was possible that the call was a prank call intended to scare the people. The call was traced back to the monk. This might seem unbelievable, but our world is full of truths that seem so crazy to be true.

The monk claimed that over-excitement made him commit the crime.

After the monk was arrested he admitted to calling 191 about bombs placed in a hotel. He did this with the intention to make the police more aware and claimed that he used to be in the military. He was not careful enough about his actions and gave false information to the police because he was excited.

The Thai monk has been disrobed and will be prosecuted according to law.

Chiang Mai Man Claims He Was Attacked and Robbed by Foreigners