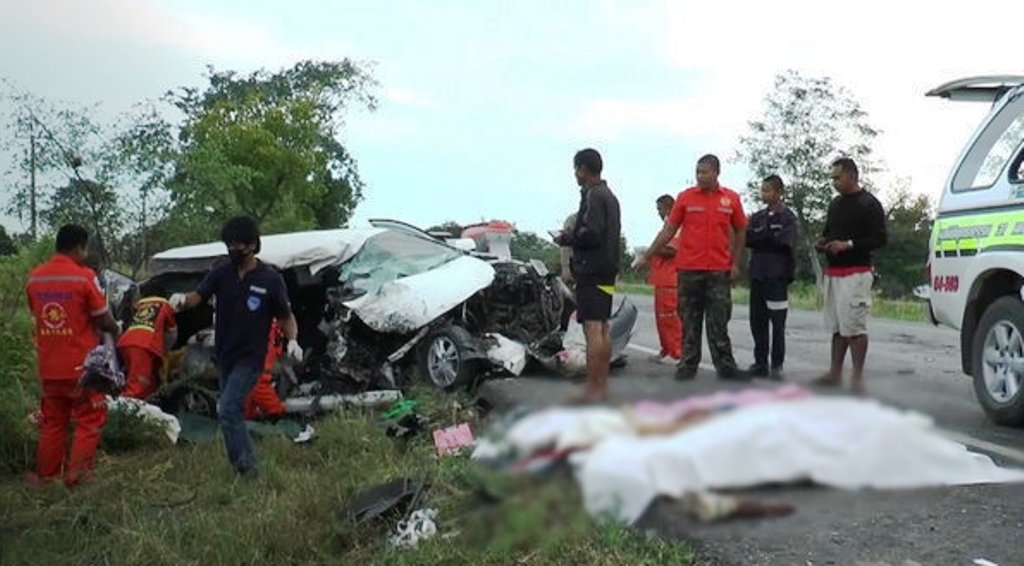 Five family members, including one boy and two girls, have been killed and four men injured in a violent clash in northeastern Thailand. The collision was between a pickup and a sport utility vehicle in Nakhon Ratchasima on Sunday morning. The accident occurred at about 6.40am

Anuwat Onnual, 28, the driver of the Isuzu pickup, told police that he and two other male passengers were on a return trip to Bangkok after making a delivery in Nong Khai province.

Anuwat told police he lost control of the pickup, causing it to swerve across the highway median and collide head-on with an oncoming Toyota Fortuner. Mr Anuwat admitted to falling asleep at the wheel, leading to the accident.

Five people in the Toyota Fortuner were killed. They were a boy, 5, two girls, 3 and 11, a 30-year-old woman who was the drive and another woman, about 35. Two men who were also travelling in the SUV were seriously injured.

The two other men who were travelling in the pick-up were also injured. The injured were separately admitted to Khong, Sida and Non Daeng hospitals, which are located along the Mitrapap highway.

Police said all seven people travelling in the SUV were of the same family. Their identities were not immediately available. A police investigation was underway. 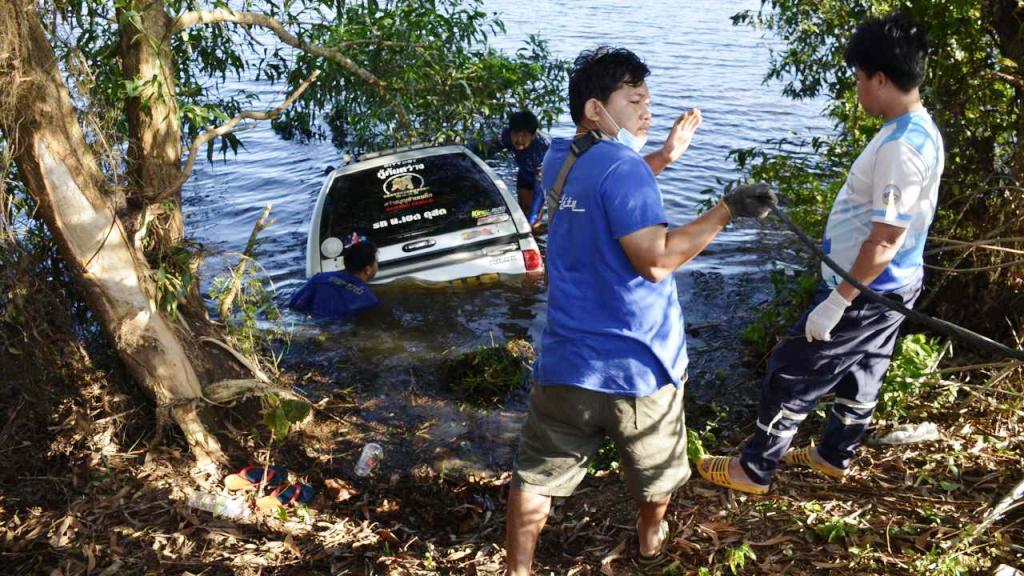 Meanwhile, two rescue workers and an injured man they were carrying are dead after their rescue vehicle struck a concrete pole and plunged into a reservoir in Southern Thailand on Saturday morning. The fatal crash of the rescue vehicle occurred at the See Siad reservoir in tambon Wang Krachae.

Police, a hospital doctor and rescue workers who rushed to the scene found a rescue vehicle in the reservoir of a tap water plant. Before the officers arrived, people who had been exercising in the area and local residents helped retrieve the driver from the vehicle. He was given first aid and sent to Trat Hospital where he died of his injuries.

When the rescue team arrived, they dove into the water and retrieved a second rescue worker and an injured man, who had been trapped in the back of the pickup. However, the men had no pulses and rescuers were unable to revive them.

Witness who were exercising near the reservoir, told police that he saw the rescue vehicle leaving the area at normal speed before the driver lost control, causing the vehicle to hit a roadside pole and a tree and then plunge into the water. Police are investigating further to find the exact cause of the incident.