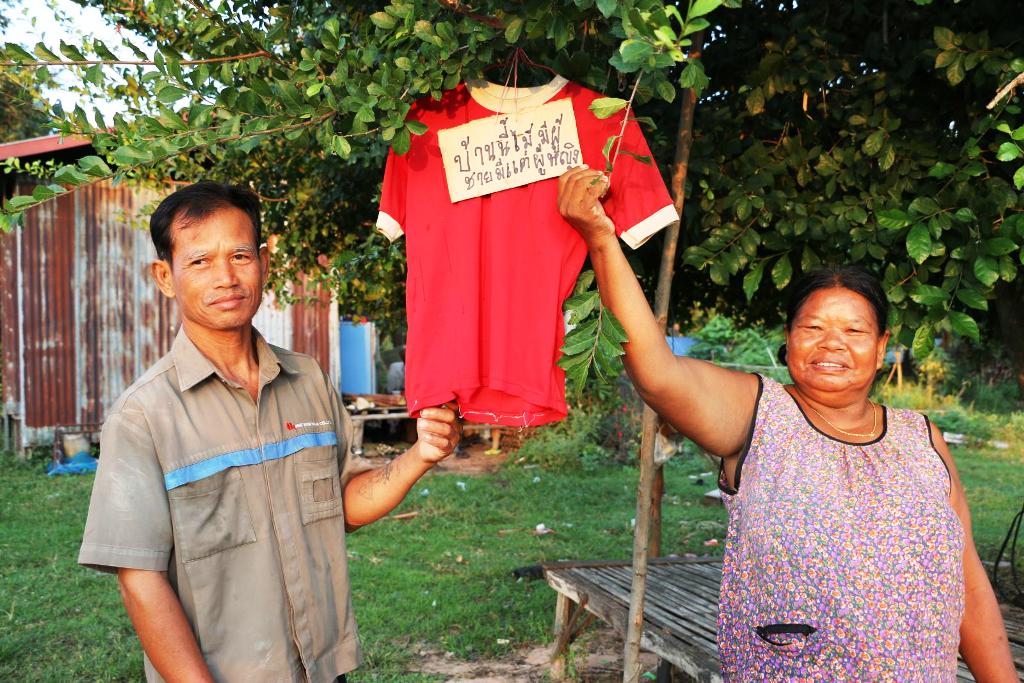 Villagers in northeastern Thailand have again hung red shirts in front of their houses, believing it will ward off being attacked by the widow’s ghost. Following the deaths of 13 people in the past three months.

13 men aged 17-60 in Ban Tha Luang village in Phimai district of Nakhon Ratchasima have died. Local residents believe the ghost of a widow took their lives.

The most recent death was that of Boon-uan Baebphimai, 60, a villager in Ban Tha Luang said to be strong and healthy. He was found lying unconscious one day on a village road and died shortly afterwards.

They villagers also believe a red shirt hung in front of their houses could prevent members of their families from being attacked by the widows ghost.

The practice has been reported at several villages in the Northeast where a similar pattern of deaths occurred.

The Belief in ghosts in Thai culture is both popular and enduring. The Thai people are very superstitious and their beliefs in the supernatural have been passed down from generation to generation.

Its a general belief that if human beings behave badly and disrespectfully towards a good spirit, this ghost might turn malevolent. Making the distinction between good and evil spirits unclear at times.

Thai hang a red shirt outside their homes to repel the evil spirits. It also warns families with only one son they have a higher chance of a visit from the ghost.

The Evil Ghosts of Thailand