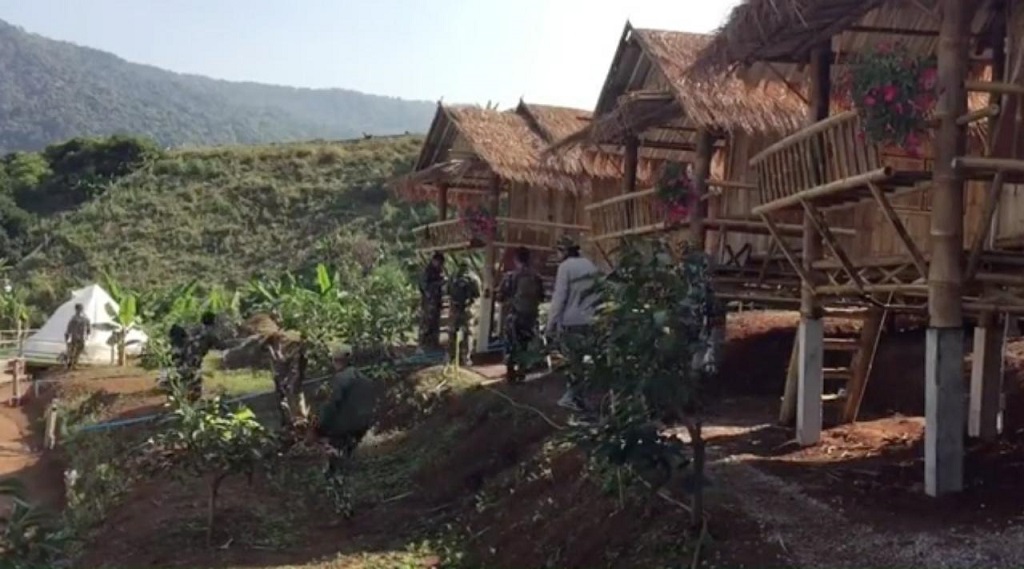 National parks rangers have seized land in northern Thailand on which Homestay units were built in the vicinity of Doi Suthep-Pui national park.

Officials of a task force for the protection of national parks and wildlife; and officials of Doi Suthep-Pui National Park inspected seven plots of land hosting Homestay units. The units allegedly encroaching upon the national park in Mae Rim district of Chiang Mai province.

One plot of land with seven houses known as Baan Dao Bon Din Camping. It was investigated without any people claiming to occupy the land. A satellite picture taken in 2002 showed no trace of activity on the land. Another plot of land with nine houses was identified as Rai Fa Sai Homestay with cultivation of fruit plants on over five rai of land.

The officials seized both plots of land and filed charges with Mae Rim district police station. Police have also been ordered to initiate legal action against the owners of these Homestay units.

There have been chilly mornings in Chiang Mai since the weekend. With the temperature averaging 14-20 deg Celsius and never rising beyond 36.

At Kew Mae Pan Viewpoint on Doi Inthanon, though, the early-morning temperature last Sunday was a mere 1 degree Celsius. The result was a carpet of frost – the frozen dew known in the North as “Mei Kab”.

At the peak of the mountain it was a relatively balmy 5 deg Celsius.

“We’re expecting a lot of campers and we hope they’ll make sure their cars are in good condition, because any breakdowns could cause traffic jams,” he said.

“They should also make sure they bring warm clothing – it’s been cold here for many days.”

Warehouse Jobs, The Future Of The Manufacturing Industry: Jobs To Hunt This 2022