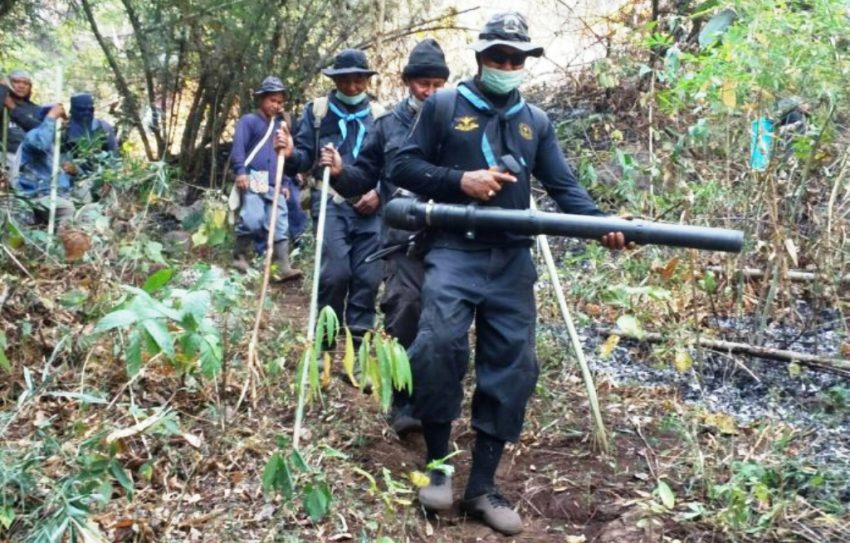 The newly deployed rangers will be sent to fire-prone areas to patrol for fires and detain anyone they find starting them. The rangers will also assist fire officers in extinguishing fires as well, Chiang Mai One reported.

The news comes after CM108 reported that 456 hot spots were found across Chiang Mai Province this morning. Of the hot spots, 187 were in National Parks; 260 in protected forests; five in community areas and three along highways.

Meanwhile, the Pollution Control Department reported that air quality in the North will worsen this week due to the burning of fields and farmlands in neighbouring countries. Which has created high levels of particulate matter less than 2.5 microns in diameter, or PM2.5, in the region.

The department cited heat signature readings, which have spiked around Tachileik city at the Mae Sai border in Chiang Rai. Despite the burning ban in Chiang Rai, haze from neighboring Myanmar and Laos is smothering the north. The PM2.5 dust levels in Chiang Rai has once again hit very unhealthy levels.

Chiang Mai on Tuesday (March 10) became once again the city with the worst air quality in the world, according to AirVisual.com. Chiang Mai’s air quality index (AQI) had a PM2.5 level of 239 micrograms per cubic meter on average.