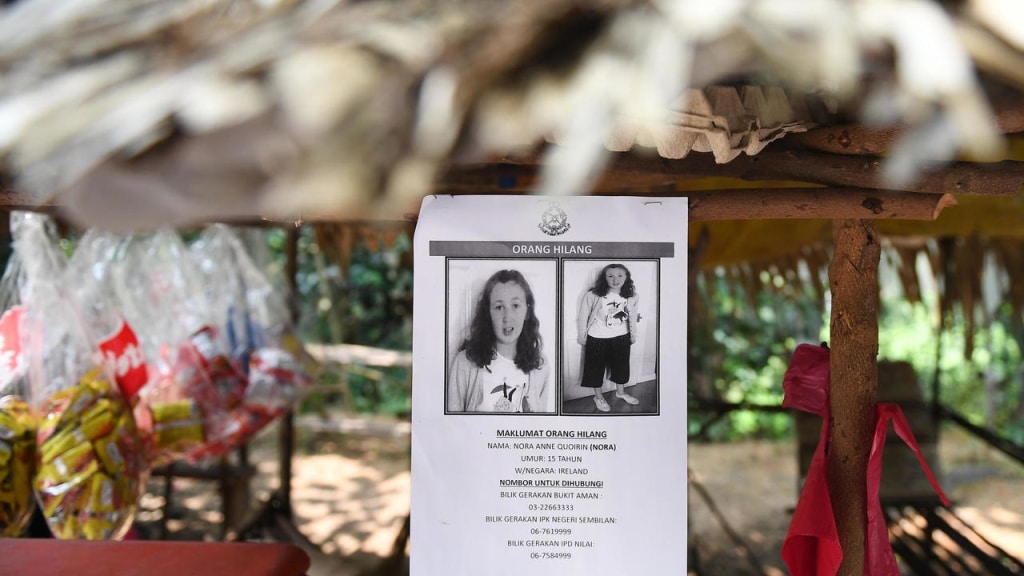 A Malaysia coroners inquest has discounted homicide, natural death and suicide in the death of Irish teenager Nora Anne Quoirin. The teenager’s body was found near a Malaysian jungle resort where she vanished while on vacation in 2019.

The French-Irish teenager whose naked body was discovered in a ravine after she went missing on a family holiday in Malaysia, likely died of “misadventure,” a court there heard on Monday.

Nora Anne Quoirin, 15, who suffered from learning difficulties, was found dead in August 2019 close to the resort where her relatives were staying in Seremban, about 70 km (44 miles) south of the Malaysian capital.

But judges in Seremban refused to reopen an investigation into her death after the local coroner said there was no evidence of any foul play.

“It was more probable than not that she had died of misadventure,” coroner Maimoonah Aid told the court.

“For me to speculate and presume of her actions and involvement of a third party without any proof, that would be a breach of my duty so the inquiry is hereby closed.”

Police reached a similar conclusion after an initial probe, but Nora’s parents rejected their findings.

Lawyers for the family are yet to comment on this latest ruling.

Nora’s parents, Sebastien and Meabh Quoirin, appeared solemn on the court proceedings live-stream as the decision was read

A total of 49 witnesses have testified over 24 days since August last year via video-conferencing due to the coronavirus pandemic. After a massive search, her naked body was found beside a stream on a palm oil estate

The 15-year-old was born with holoprosencephaly, a disorder that affects brain development.

In a statement released last January after the decision to close the case, the family said: “As a vulnerable child, with significant physical and mental challenges, we strongly refute any conclusion that Nóra was alone for the entire duration of her disappearance.”

An autopsy found that she had died from internal bleeding, probably caused by prolonged hunger and stress.

Vietnam Buys Rice from India for the First Time in Decades