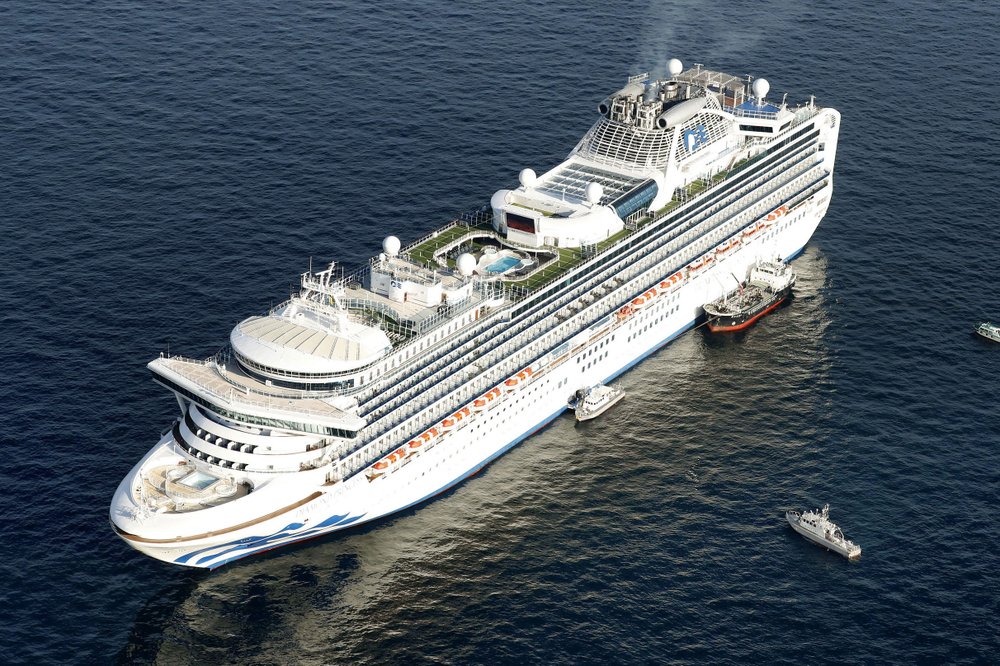 Japanese health official have reported ten people from the cruise ship tested positive fro the novel coronavirus and have since been quarantined. While all 3,700 crew and passengers on the ship have been quarantined on board for 14 days. Japan’s Health Minister Nobukatsu Kato also said more tests are pending on the passengers and crew.

The 10 cases confirmed on the cruise ship raised that country’s total to 33 cases. They were among 273 people tested because they had a cough or fever, which are symptoms of the virus. They also had close contact with a man who got off the ship in Hong Kong who was also infected.

Some tests are still pending, the transmission to each person isn’t clear. The others may have gotten the virus when they got off the ship at other port calls in Vietnam, Taiwan, Kagoshima and Okinawa. The ship returned to Yokohama, near Tokyo, Monday.

Meanwhile, In Hong Kong, hospitals workers are striking to demand the border with mainland China be shut completely.

Hospitals in Hong Kong said they had to cut some services due to striking workers’ absences. More than 7,000 joined the strike Tuesday, according to a strike organizer.

The territory’s beleaguered leader, Carrie Lam, criticized the strike and said the government was doing all it could to limit the flow of people across the border. Almost all land and sea links have been closed, but the striking workers want it shut completely.

The number of people in Thailand found infected with the novel coronavirus has risen to 25, with eight treated and discharged.

Thailand confirmed six more cases Tuesday, raising its total to 25. Two are motorcycle taxi drivers who had driven for Chinese tourists. Earlier a Thai taxi driver was also diagnosed with the virus. The cases are concerning because they suggest the virus can spread more easily between people than has been suspected.

WHO director-general Tedros Adhanom Ghebreyesus urged countries outside China to share more data on coronavirus infections. Saying detailed information has been provided in only 38% of cases. “Without better data, it’s very hard for us to assess how the outbreak is evolving. Even more what impact it could have and to ensure we’re providing the most appropriate recommendations.”