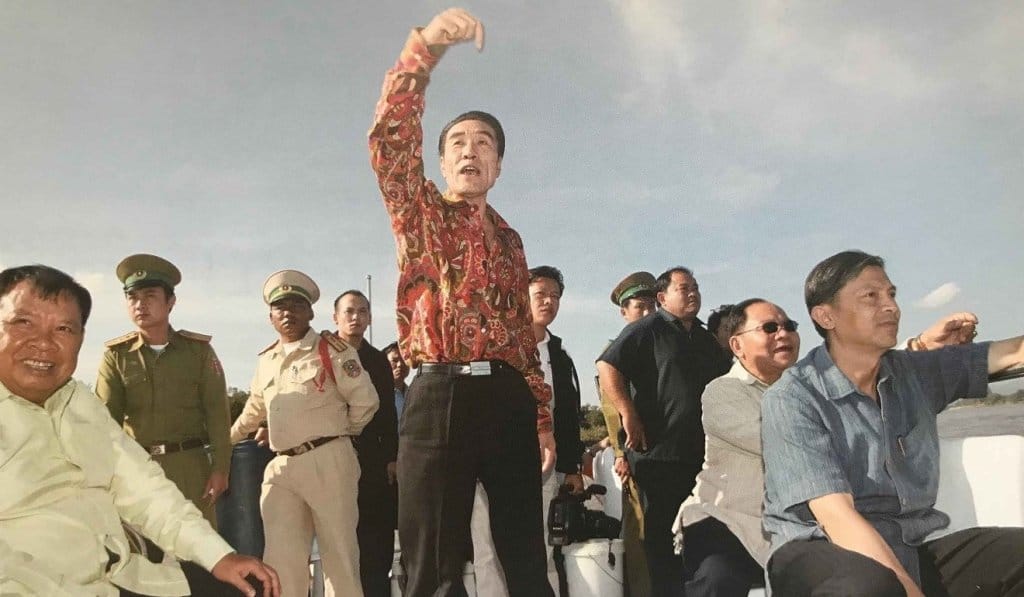 A crime-linked owner of a large casino and resort in Southeast Asia’s Golden Triangle has resumed construction on a private airport in a bid to bring more tourists into his large resort and special economic zone, sources say.

Zhao Wei, chairman of the Dok Ngiew Kham Group and owner of the Golden Triangle Special Economic Zone (SEZ) in Bokeo’s Tonpheung district, has been tied to human trafficking, money laundering, and the illegal trade in drugs and wildlife products.

In 2018, the U.S. Treasury Department declared the Zhao Wei business network, including the Golden Triangle’s well-known Kings Romans Casino, a “transnational criminal organization” (TCO) and sanctioned Zhao and three other individuals and companies across Laos, Thailand, and Hong Kong.

Speaking to Radio Free Asia (RFA) a member of the Golden Triangle SEZ management team said the Dok Ngiew Kham Group and Kings Romans are now clearing land for a new airport after making payments in compensation to area landowners who had previously objected to the work.

“It seems that all landowners are happy with the compensation they’ve received, and are showing no objection to the land-clearing process,” the Dok Ngiew Kham official said, speaking on condition of anonymity.

“The company is planning to complete the construction of the airport and to welcome more tourists in 2022,” he said.

A woman living in the Tonpheung district who lost her land to the project confirmed the work was going ahead and said she was happy with the payment she had received, adding, “At first, many of us were opposed to the construction plan, but now all of us have given up our resistance to the project and have accepted compensation.”

Other local residents were less happy with the project, though, with one Bokeo villager saying the new private airport is being built only to bring in large numbers of wealthy tourists and won’t benefit the local population.

“This airport isn’t needed, because we already has an airport in the town of Houayxay,” the resident said. “The Dok Ngiew Kham Group wants to build this airport just to serve the wealthy people who want to come gamble at the casino,” he said.

“Zhao Wei, the owner of the Kings Romans Casino, wants to build his own private airport in order to expand his business and serve his customers,” a villager in the town of Houayxay agreed. “We already have an airport here in Houayxay for the general public.”

But while the new airport will mostly help the casino, “it may also bring some benefit to the local people and economy by bringing more tourists into the area,” another local resident said.

Adosorn Semyam—a Thai expert on Laos at the Asia Studies Institute at Thailand’s Chulalongkorn University—voiced concern that with the new airport being built to serve Chinese and not domestic customers, it may soon function as a new route for drug trafficking and other illegal activity.

“This SEZ is a very free and open zone with all kinds of entertainment for tourists, including prostitutes, drugs, and wildlife,” agreed one worker in the Golden Triangle, speaking on condition of anonymity to protect his safety. “These things are available at all the entertainment venues,” he added.

Asked about the presence of illegal activity in the Golden Triangle SEZ in Bokeo and the Boten SEZ in Luang Namtha, also in the country’s north, an official in the Special Economic Zone Control Department of the Lao Ministry of Planning and Investment replied simply, “I can’t comment on that issue.”

In addition to concerns over crime, many in Laos worry about growing Chinese influence as a result of massive investment in hydropower dams, a high-speed railway, and other infrastructure projects under Beijing’s $1.3 trillion Belt and Road Initiative.

China is Laos’ largest foreign investor and aid provider, and its second-largest trade partner after Thailand.