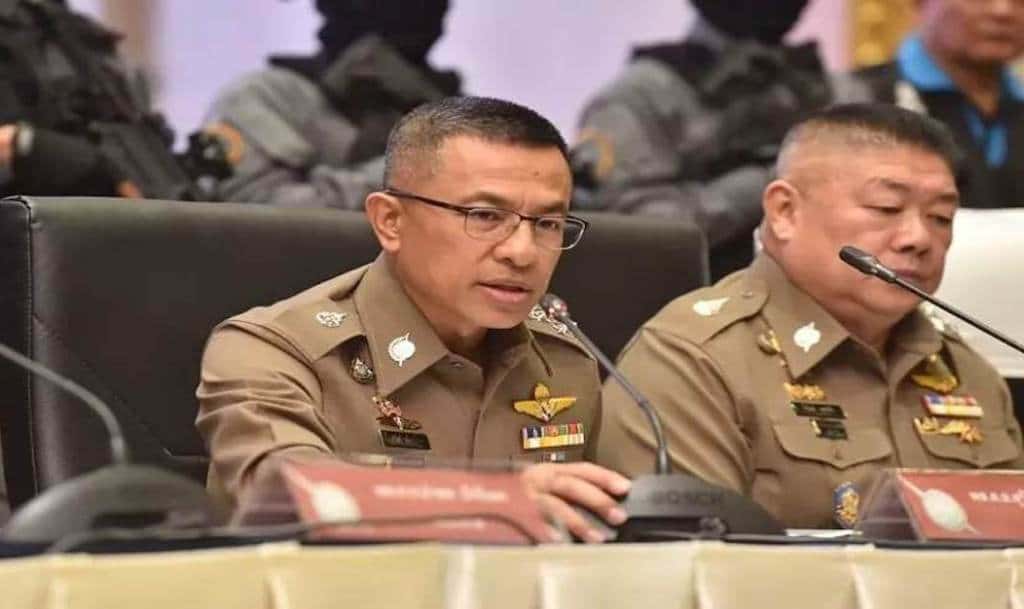 Thailand’s National police chief has ordered a probe into over a police Lt. General and a colonel were involved in the smuggling attempt of 1.5 tonnes of crystal meth in Tak Province. The probe comes after opposition lawmakers made the claims during last week’s censure debate in parliament.

They are required to come up with findings by the end of this week.

Previously, police spokesman Pol Maj Gen Yingyos Thepchamnong responded to information made public during the censure debate about the alleged involvement by police officials in the drug smuggling operation.

Pol Maj Gen Yingyos said although it was difficult to prove the involvement of police officials. He said police “would try their best” to establish what had happened over the alleged involvement in the smuggling of drugs.

Provincial Police Region 6 had already investigated Pol Lt Gen Torsak’s alleged involvement in the case and at the time he was cleared of any wrongdoings.