Thailand to Screen all Airline Passengers from China for Virus
Advertisement 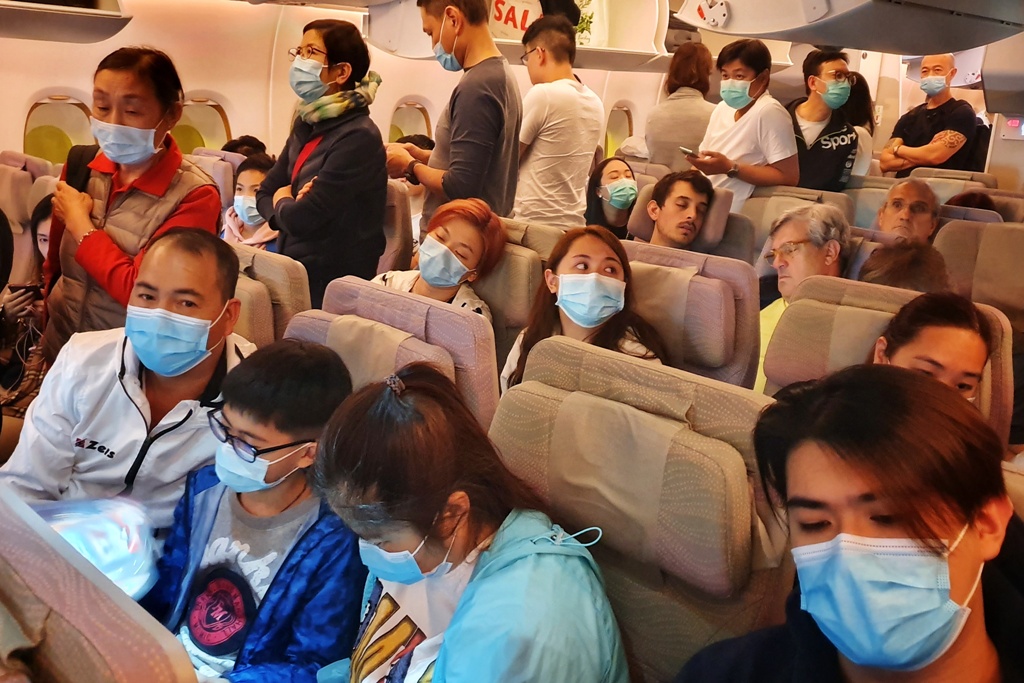 Health officials in Thailand announced Tuesday pans to screen all arrivals from China for symptoms of the coronavirus. This comes after 6 more Chinese visitors were diagnosed with the virus, bringing the tally to 14 cases.

The death toll from the outbreak now stands at 106, although there have been no fatalities outside China.

Thailand has the second-largest number of cases outside China, though it is far lower than the 4,515 infections in China. Five of the patients among Thailand’s new cases, aged between 6 and 70, came from China’s Hubei province. According to Reuters, they belonged to the same family. The sixth was from Chongqing city in southwestern China.

“Now we will expand screening to all Chinese from China and prepare equipment to screen 100% of people for the virus.” Sukhum Kanchanapimai, the health ministry’s permanent secretary, told a news conference.

Thailand had earlier screened passengers only from China’s central city of Wuhan, the epicenter of the virus outbreak. Also its southern city of Guangzhou and northeastern Changchun across five airports, from Suvarnabhumi in Bangkok to those at Chiang Mai, Don Mueng, Phuket and Krabi.

Meanwhile, The Tourism Authority of Thailand said it expected the number of Chinese tourists to fall by 2 million to 9 million this year due to the coronavirus outbreak.

Tourism has been hit hard by China’s ban on all group tours as China is Thailand’s biggest source of visitors.

Thai hotels are preparing for another slump in bookings as the Chinese government’s ban on outbound group tours inconveniences independent travellers, a segment that makes up 60% of all Chinese visitors to Thailand.

Another collapse in travellers may come from the meetings, incentives, conferences and also events.Which draws a large portion of revenue from overseas participants.

Supawan Tanomkieatipume, president of the Thai Hotels Association (THA), said that before the outbreak Thailand’s hotels averaged 50% occupancy. Of this, the share of Chinese guests was as high as 50% as the peak season for this market got under way.

The THA expects advance bookings for February to plunge 30% as the health emergency’s impact spreads to independent travellers and incentive groups.

“The impact was felt across the country, as Chinese guests are the main source market for most hotels,” Ms Supawan said. “Usually the occupancy in February would be strengthened by incentive groups. However this market is uncertain too.”

She said the outbreak will stir up psychological effects for travellers who will not be confident about venturing beyond their hometowns. The THA expects the setback to last at least three months, the Bangkok Post reports.

A source from the Thailand Convention and Exhibition Bureau said the agency is also still waiting for confirmation from three incentive groups from China totaling 5,500 travellers who may cancel trips.