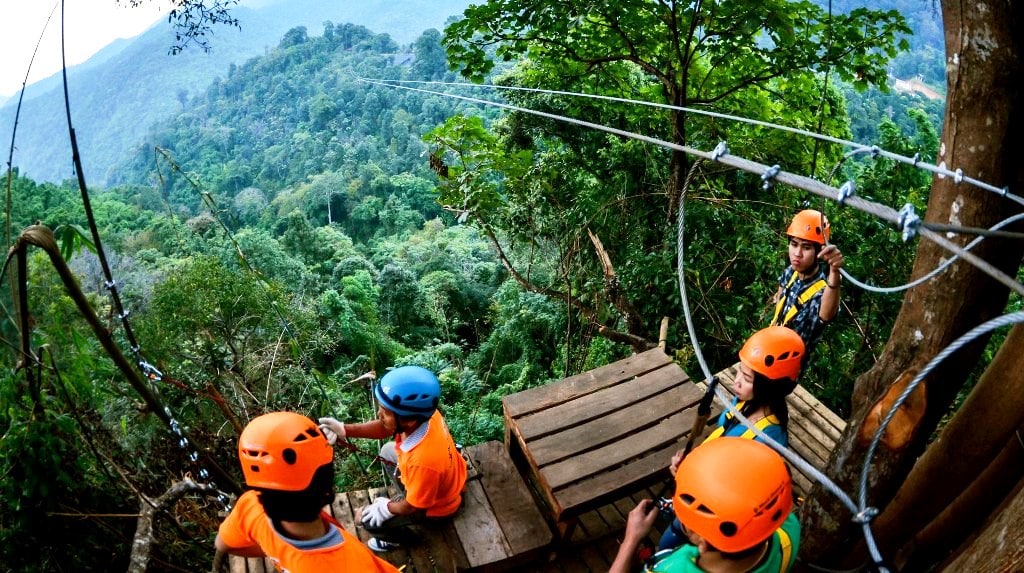 Thailand’s Faculty of Engineering at Kasetsart University and the Ministry of Tourism and Sports and have collaborated to create safety standards for trekking and zipline adventure activities.

He said he had been assigned to work on the project under the guidance of Tourism and Sports Minister Phiphat Ratchakitprakarn.

Mr Taweesak said representatives of the two organisations held a meeting this month and have created tourist manuals to minimize accidents and build trust among tourists and tourism business operators.

He said improving standards would help enhance tourism growth in the country. It would first be implemented in six provinces: Chiang Mai, Phuket, Kanchanaburi, Udon Thani, Chon Buri and Bangkok.

The new standards for tourism are expected to be implemented shortly after the country reopens, Mr Taweesak said.

The new safety standards will also be a welcome relief for a Canadian family who lost their son in a zipline accident in Chiang Mai, Thailand.

In 2019 Canadian tourist Spencer Charles, 25, plunged to his death from a zipline in northern Thailand’s Chiang Mai province. He had travelled to Thailand in a group that included his girlfriend. They stayed together at a lodging on Chang Khlan road in Chiang Mai city.

Initial reports said that shortly after the Canadian, who weighed about 125 kilograms, was released from the start of the zipline, the cable disconnected and the man plunged about 100 metres to the creek below.

Serious injuries have occurred previously at the zipline, operated by Flight of the Gibbon in Chiang Mai.

In September 2016, three Israeli tourists were injured in a fall. In December that year, the Huay Kaew tambon administration organisation (TAO) issued an order for the company to suspend its service indefinitely for safety checks and reported it to the Chiang Mai governor.

In 2017, the then Forest Department director-general inspected the zipline and found it had partly encroached on a state forest. He ordered the company to dismantle some of the zipline installation and remove the part that encroached on the state forest, leaving only the remaining part in operation.