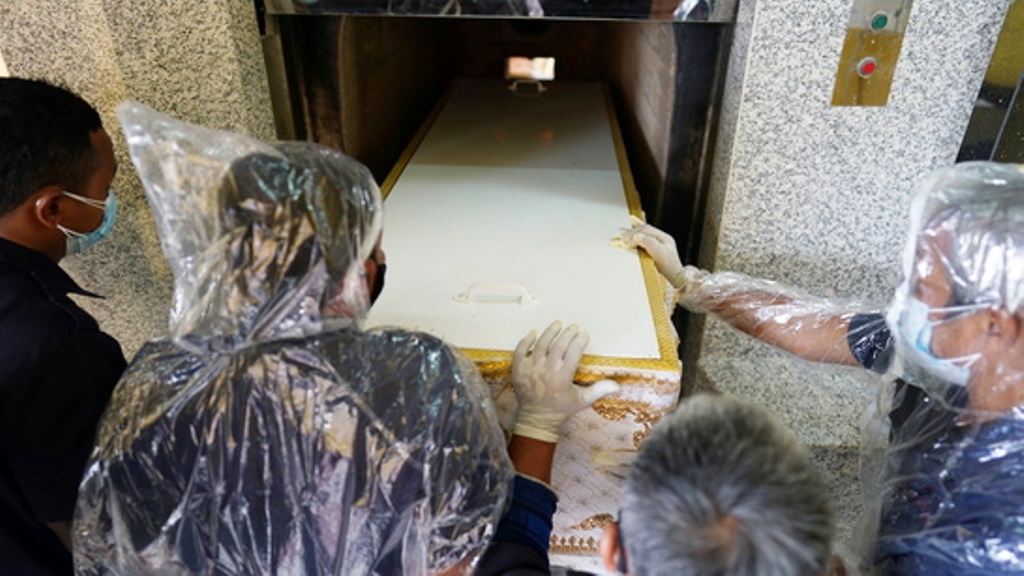 The new cases comprised 2,104 among the general public and 1,219 among prison inmates.

Over the past 24 hours, 2,063 patients recovered and were discharged from hospitals.

From the start of the Covid-19 pandemic early last year, the death toll went up to 920 and the cumulative number of infections reached 141,217.

The previous record high of fatalities over a 24-hour period was 41 on Wednesday, when there were also 2,455 new Covid-19 infections.

Meanwhile, the Thai government has revamped its Covid-19 vaccine allocation system and suspended the Mor Prom app to deal with emerging new clusters of Covid-19 and bottlenecks in registration.

Amid increasing public confusion, he said registration was now excluded from the Mor Prom (Doctors Ready) app. The platform will now handle vaccination follow-ups and certification only. Earlier the government announced the public would be allowed to register through Mor Prom.

But Dr Taweesilp also said each province should now have its own vaccination registration system like those of Bangkok, Phuket and Nonthaburi to serve the large numbers of registrants in their areas and prevent “bottlenecks” on the Mor Prom platform.

However, no further information has been provided by the CCSA about how those who were not in the elderly group and the group with seven underlying diseases in provinces apart from Bangkok, Phuket and Nonthaburi would be able to register for vaccinations.