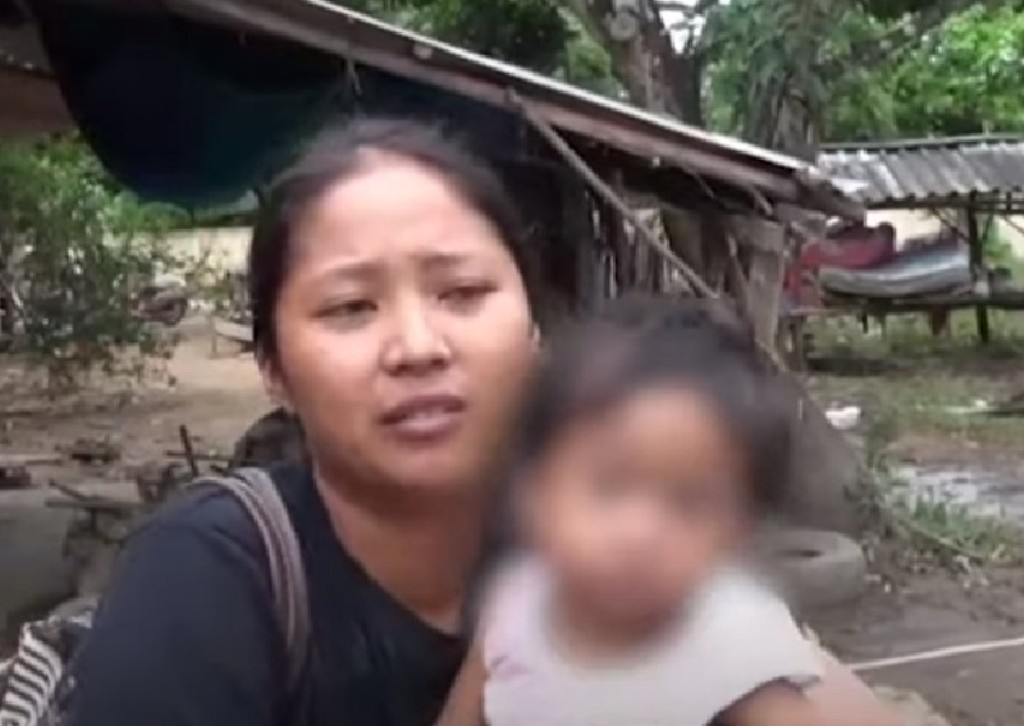 A family in Prachinburi province was left hungry and hopeless after all their belongings and only source of income was swept away in a flash flood on Nov 1.

Nam Chutikulphawat, 69, took reporters to her house on Monday, which had been wiped clean by the fast-flowing water. She said 14 of their 19 pigs, their main source of income, were also swept away in the strong current.

She said she and five other family members had to run for their lives because their house was inundated in minutes. Nam said they only managed to escape with the clothes on their backs and her 11-month-old granddaughter, who now has no milk to drink.

She said that she has tried to borrow money from neighbours but it was not enough, adding that she hopes people can find it in their hearts to help out.

Three swept away by flash flood

On November 1st, a local official and two villagers went missing, and believed to have been swept away by a flash flood, when water runoff from mountains in Prachinburi, Thailand.

The official, from the Highways Department was swept away by the torrent as he was working to cut the electricity supply in Bupphram subdistrict. Two other villagers also went missing and are believed to have been washed away by strong currents in Ban Wang Mai of Bupphram subdistrict.

Over 100 tourists, staying at a hotel in the district, were evacuated by rescue workers after they were stranded at the hotel by 1.5 metre deep flood waters. More than 40 cars, parked at the hotel, were under water and two more were swept away by the currents.

A number of guests were reported to be very upset with the hotel’s management for not alerting them in advance about possible flooding.

More than 100 animals, including cattle, goats, horses and sheep belonging to the hotel, were also affected.

Thailand officials said that rescue teams managed to save a number of people after three cars were trapped inside the flooded Tap Larn Tunnel, which was closed due to severe flooding.