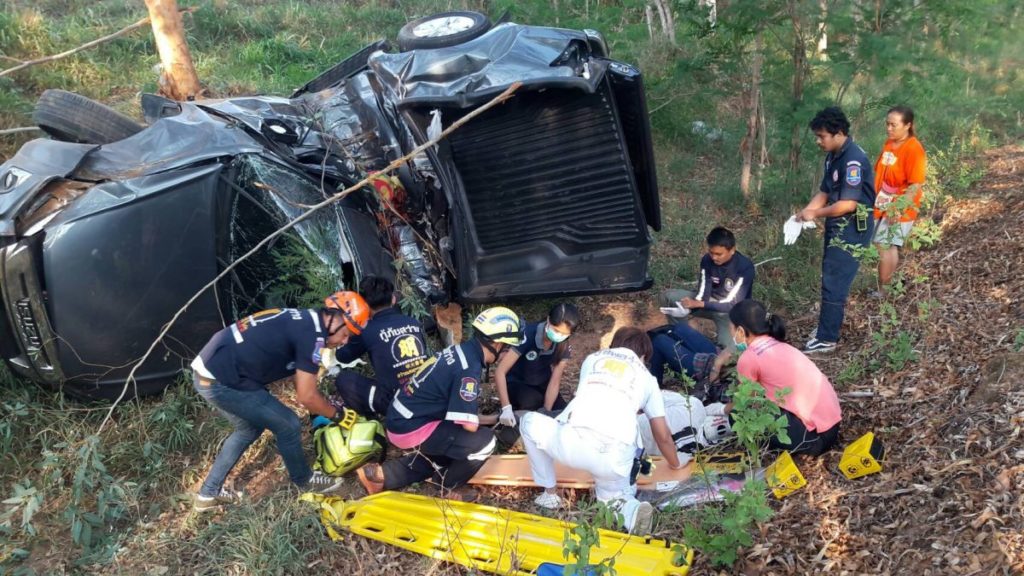 As the 7 dangerous days of Songkran Festival quickly approach the Interior Ministry has asked local administrators to come up with more effective measures to prevent road accidents. During last years Songkran festival 386 people were killed in 7 days on Thai roads.

These accidents also cause a high number of life-changing injuries with losses amounting to about 10 million baht per case, Deputy Interior Minister Niphon Bunyamanee says. The high death and injury toll is mostly caused by drunk driving and lack of safety precautions.

Hence road-safety measures should be boosted and implemented more strictly both on holidays and normal days.

“Thailand has 500,000 kilometres of roads, but 400,000km are located in rural areas. So I want more cooperation from local administrations in overseeing local roads. Above all barring users who violate traffic laws. This could help cut the death toll significantly. Especially during festivals like Songkran when people celebrate by drinking,” he said.

During Songkran last year the proportion of road accidents caused by drunk driving clocked in at 36.6 percent. Followed by speeding at 28.3 percent. In 2018, when 418 people died during Songkran, speeding was the primary cause (accounting for 27.7 percent).

Across the seven dangerous days, almost 80 percent of accidents involved motorcycles. At a little over 2,000 police checkpoints set up nationwide, more than 65,000 officers seized 7,282 vehicles. Authorities prosecuted a total of 210,883 people. –Largely for not wearing safety helmets (55,805 people) and not carrying a driving license (48,183 people).

There are two periods each year when the local media concentrate their attention towards the number of casualties on the road. They are the ‘Western’ New Year, and the Thai New Year (Songkran). These constitute prolonged holidays. The government always makes sure people get at least 5 days off. Above all so they can visit their relatives (in the provinces).

This interest by the local press, coincides each time with the government in charge issuing various orders. Promises that ‘this time things will be different’, and the number of road deaths from road accidents will be lower than in the previous year.

Sometimes, it looks like this promise is fulfilled, but then again, wishful thinking is prevalent. Improvements one year, are followed by disappointment the next.