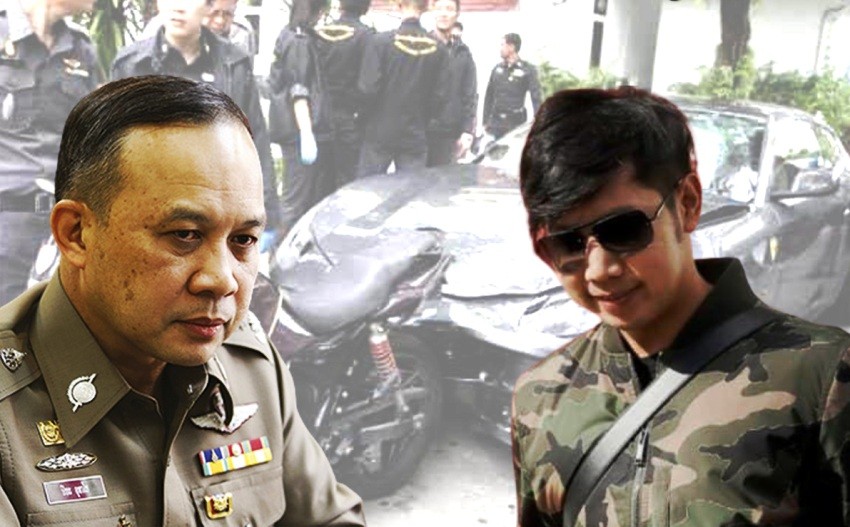 The National Anti-Corruption Commission (NACC) will sit on a newly formed panel to investigating the mishandling of the Red Bull Heir Case. The Red Bull Heir has been roaming free since 2012 while Thai authorities drag their feet.

The NACC will be investigating 15 senior police officers, prosecutors and investigators who mishandled the 2012 hit-and-run case involving Vorayuth “Boss” Yoovidh­ya, the Red Bull scion who has managed to escape prosecution so far.

The search for the Red Bull scion in order to have him stand trial has been moving at a snail’s pace since he fled Thailand eight years ago. However, the Thai court issued an arrest warrant on Aug 25 last year and Interpol issued a Red Notice on Oct 1. However when you search Interpol Red Notices Mr Vorayuth the Red Bull Heir fails to appear?

Because the case is a high-profile one, the nine NACC commissioners have been ordered to carry out the investigation themselves.

NACC chairman, Watcharapol Prasarnrajkit, emphasized that the investigation must be wrapped up in a timely fashion, Niwatchai Kasemmongkol, NACC deputy secretary-general and spokesman, said on Tuesday.

As required under Section 48 of the National Anti-Corruption Act, the NACC must conclude the probe within two years. It will be allowed by law to extend the investigation for another year at most, if more time is needed, said Mr Niwatchai. The appointment of the nine-member panel was approved at a NACC meeting on Monday, he said.

Among the 15 people which will be investigated are two police generals and two senior police officers, he said.

There are currently two other committees probing the issue. One of them is a panel set up by the Public Prosecutor Commission (PPC), which previously investigated and implicated former deputy attorney-general Nate Naksuk over his controversial decision to drop charges against the Red Bull scion in the infamous hit-and-run case.

The pursuit of Mr Vorayuth stems from an incident in which he rammed his car into a motorcycle being ridden by Pol Snr Sg Maj Wichian Klanprasert of Thong Lor police station in August of 2012.

The officer died as a result of the collision.

While overseas, a speeding charge was dropped after its one-year statute of limitations expired in 2013. A second charge — failing to stop to help a crash victim — expired on Sept 3, 2017.

Two charges remain active. The first for drug use after cocaine was found in his system after a test, which has a statute of limitations that expires on Sept 3 next year.

The second charge — reckless driving causing death — remains valid until 2027, although the OAG initially dropped the charge before subsequently deciding to pursue it again.

Thai Government Under Pressure to Offer Pfizer and Moderna Free