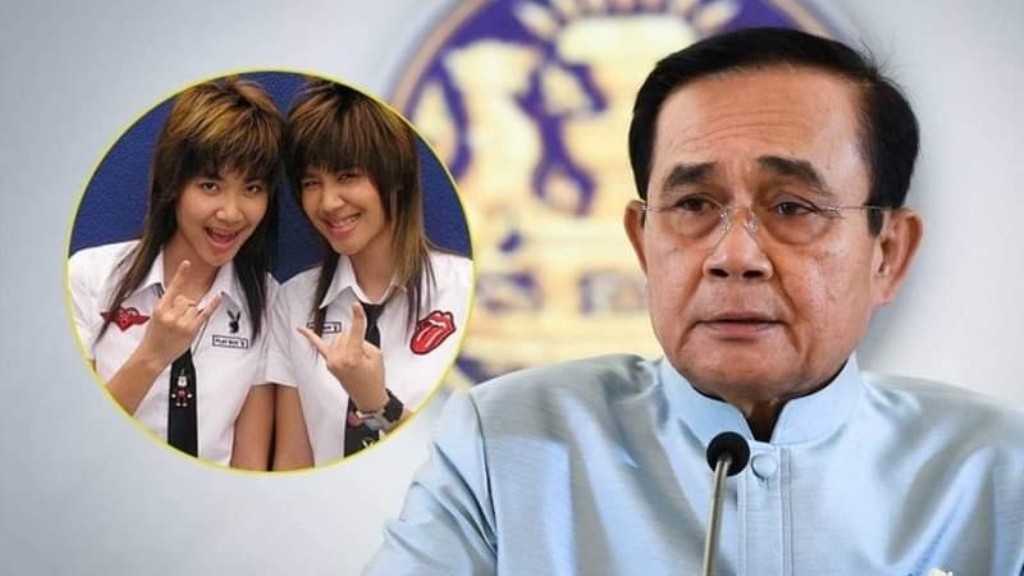 Thailand’s prime minister’s twin daughters have filed lawsuits against more than 100 people for alleged defamatory comments about them on social media. The Prime Ministers lawyer lodged a defamation claim with police on behalf of Thanya and Nittha Chan-o-cha.

Lawyer Apiwat Khanthong said the twins had hired him to file a lawsuit against more than 100 twitter account users. Particularly for libel under the Criminal Code and for breaching the Computer Crime Act.

It is unclear who tracked down the accounts, but being daughters of the Prime Minster were sure it was easy.

Mr Apiwat said police would also consider whether some politicians had supported the crime by sharing the alleged defamatory information. The twins are insisting the twitter offenders be brought to justice. He said they would not settle for anything less.

Mr Apiwat also added that Gen Prayut had had nothing to do with the filing of the lawsuit. He also listed and rejected claims in several posts.

Prime Minister says Twins have a right to privacy

For example, he dismissed a claim the twins had switched to their mother’s surname in order to escape a case involving alleged money-laundering against Gen Prayut. A claim that Gen Prayut transferred money to their foreign bank account was also groundless, Mr Apiwat said.

Gen Prayut transferred money to his twin daughters in 2013, the lawyer said, and this was listed in an assets declaration which was submitted to the National Anti-Corruption Commission in 2014 when Gen Prayut assumed the post of prime minister.

The money came from the sale of a land plot which belonged to Gen Prayut’s father, Col Phat Chan-o-cha.

He also dismissed a report that the twins lived in a UK mansion bought for them by a wealthy tycoon. They have never stayed for long periods in foreign countries, Mr Apiwat said.

In fact the last time they visited the UK was in 2015, when they travelled on tourist visas and stayed at a hotel.

Mr Apiwat also said the twins had twitter accounts. Furthermore they never posted photos on such platforms because they wanted to maintain their privacy. Also prevent anyone from using their names for personal gain.

Speaking in Sukhothai on Wednesday, Gen Prayut said his twin daughters had come of age and had the right to protect their reputation. – Bangkok Post