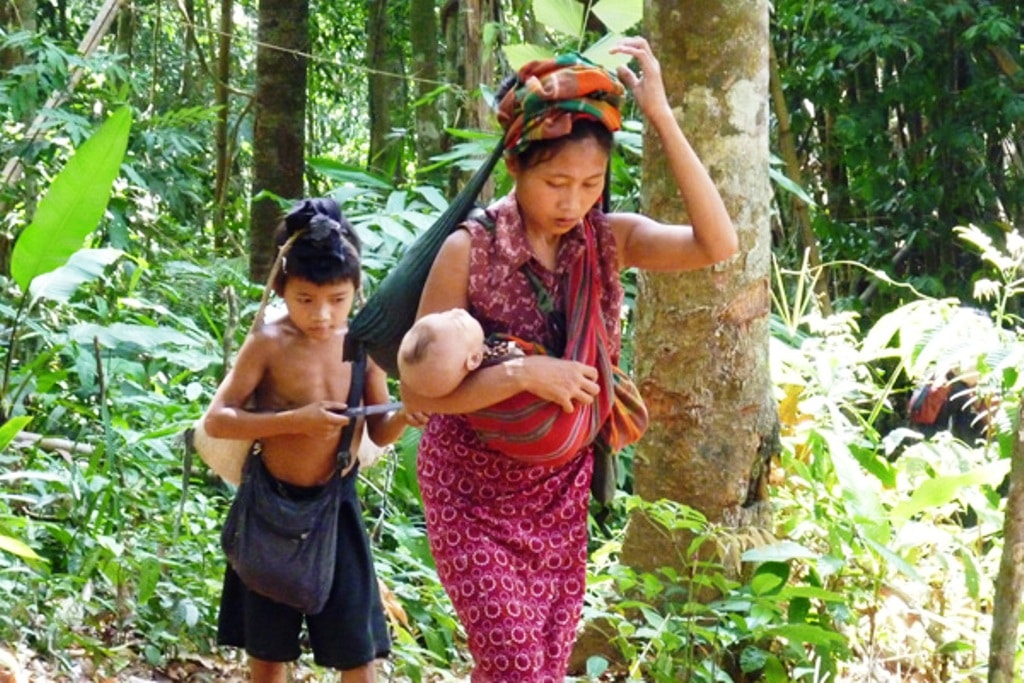 Karen hilltribe people have launched protest after after the Parks department denied them to resettle in their ancestral home deep into a forest at the Kaeng Krachan National Park in Phetchaburi.

The Department of National Parks, Wildlife and Plant Conservation (DNP) has rejected a request by a group of evicted Karen villagers to be allowed to resettle.

Mana Phermpool, chief of the Kaeng Krachan National Park, said on Monday “As long as there is no law amendment allowing human settlements there, we will do our best to protect and preserve the fertile forest from any encroachment.” “If they move back, we will not hesitate to take legal action against them.”

The DNP’s chief was responding to the latest efforts by a group of Karen hilltribe people to return to the place they had inhabited for generations before being relocated to a new place provided by the authorities 10 years ago.

Their treasured area had been a forest and populated by traditional forest dwellers but was declared off-limits, forcing the Karen to leave following Kaeng Krachan’s designation as a national park in 1981.

Campaign to return to their ancestral land

The group on Monday launched a new campaign to return to their ancestral land, saying the authorities allocated them a new site because they could not maintain their traditional custom of crop rotation where they were — indigenous farming practice requires farmers to harvest on one plot and then move to another.

Members of the group have been entrenched in a legal dispute ever since DNP officials burned down 90 homes and rice barns and forced the group out in 2011.

In June 2018, the Supreme Administrative Court ordered the department to pay 10,000-baht compensation to six Karen villagers, in compensation for the destruction of their huts but ruled that the villagers could not return to live in the grounds of the national park.

Tuenjai Deetes, a former senator and founder of the Hill Area and Communities Development Foundation, urged the DNP to reconsider, pointing to Thailand’s ratification of the United Nation’s Declaration on Rights of Indigenous Peoples that protects minimum standards for people’s survival, dignity and well-being.

Ms Tuenjai said the DNP was exaggerating the issue. “30 Karen wanting to go back to where they were born won’t cause forest destruction,” she said.