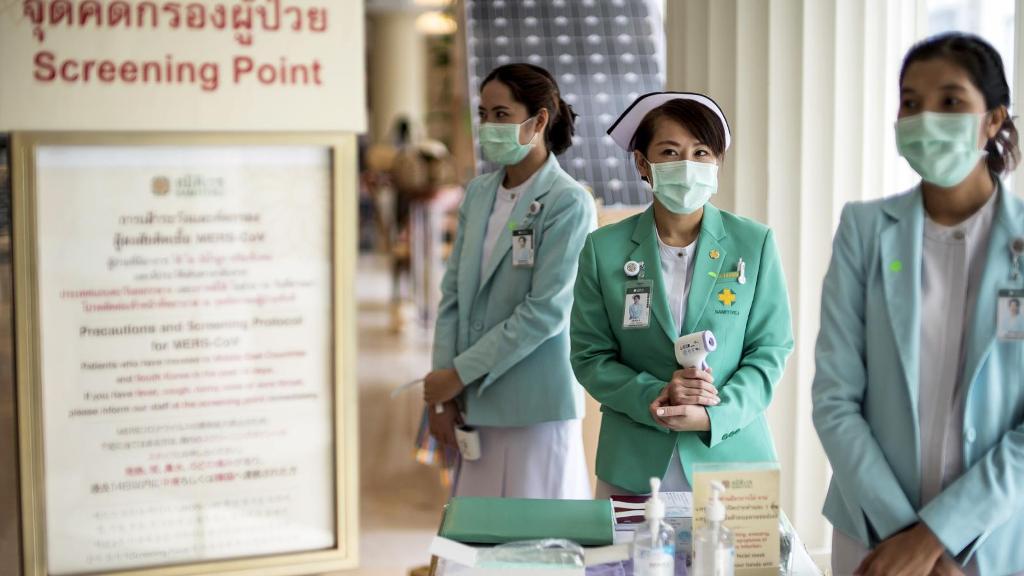 Four travellers from Wuhan China have been quarantined after they reported fevers shortly after at Suvarnabhumi airport in Bangkok . Three Thais and a 3 year-old Chinese boy were quarantined over the mysterious viral pneumonia.

Preliminary laboratory tests found the three-year-old boy has a just had the common flu. While a 22-year-old Thai woman was suffering from a Respiratory Syncytial Virus (RSV) infection.

“We are still waiting on the test results of the remaining two patients Dr Suwanchai said.  A 24-year-old female student and a 44-year-old man both are Thai Nationals.”

All of them are currently being treated and quarantined at the Bamrasnaradura Infectious Diseases Institute in Nonthaburi.

Public Health Minister Anutin Charnvirakul told the Bangkok Post that “at this stage, we are keeping a close watch on the four patients.” “We have not found that they contracted the mysterious virus from the outbreak in Wuhan China.

The minister also said they must be kept in isolation ward because of their symptoms.

Since last month, at least 59 people have been diagnosed with mysterious infection in Wuhan China. Wuhan is the capital of Hubei province and the most populous city in central China.

The virus is believed to have originated in a seafood market in the city, according to Wuhan health officials.

Mr Anutin insisted there is currently no concern about the spread of the new virus to Thailand. Above all he warned Thais to delay their travels to high-risk areas.

The Department of Disease Control (DDC) has stepped up its anti-outbreak operations to “Level 2.”, This follows an increase in the number of infected people in China; as well as seven other suspected cases in Hong Kong and one in Singapore, Dr Suwanchai said.

Body temperature screening will be performed at major airports in Thailand served by flights from China.

Meanwhile, Phuket International Airport is beefing up its surveillance of incoming international passengers. Those suspected of having flu-like symptoms.

The DDC has set up infrared thermal scanner at arrival halls at Suvarnabhumi, Don Mueang, Chiang Mai and Phuket airports. Above all to keep an eye out on passengers with respiratory conditions from cities where the mystery outbreak has been reported.

Some of the World’s Best Detox Resorts are in Thailand