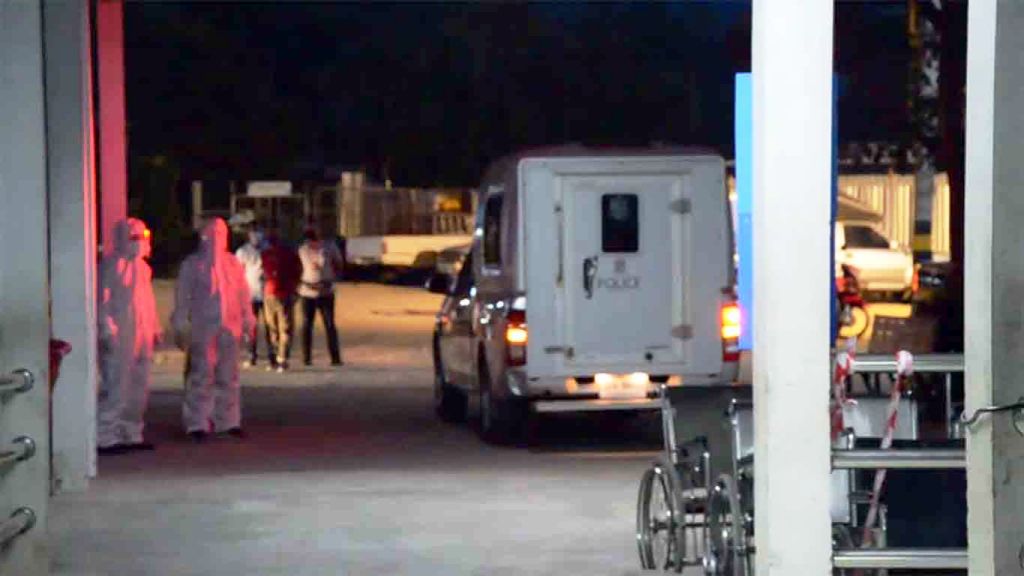 Police in central Thailand have arrested 3 Thai Nationals, 2 women and 1 man infected with Covid-19 after they fled a field hospital. The trio came in for Covid-19 testing at a hospital in Sa Kaeo Province.

Sa Kaeo governor Somkiat Chantra, said after their covid-19  infections were confirmed and they were summoned by public health office to report the field hospital at the Sa Kaeo provincial administrative organization.

However, they trio managed to escape after telling health officials they were going out to pick up their belongings outside the facility. Once outside the fled, causing the field hospital staff to alert the police.


The Police quickly launched a manhunt after learning they had fled to Muang district in Samut Prakan, before travelling to Suphan Buri and Nakhon Nayok, where they were ultimately arrested.

After their arrest, they were taken back to the field hospital in Sa Kaeo, where they were met by medical workers wearing full protective equipment.

The trio has yet to be charged as they were immediately brought back to the field hospital to be treated. Once they have recovered, they will be brought in to be questioned and charged for violating disease control regulations.

Meanwhile, the Public Health Ministry is considering taking legal action against a number of Covid-19 patients who refused to be transferred to field hospitals for treatment.

The move comes after many Covid-19 patients, mostly in Bangkok, opted to stay home. They told the ministry that staying at field hospitals would be inconvenient.

Mr Sathit said “every Covid-19 patient must be taken care of by medical personnel from the Ministry of Public Health at a ministry medical facility, otherwise they are in violation of the communicable disease law.


“The ministry is considering taking legal action against those who have refused to follow ministry regulations,” he said. He also said he that those patients who refused to be transferred to field hospitals were from well to do families.

They told the ministry staff that they were entitled to stay in private hospital rooms only.

Mr Sathit went on to say that it was difficult to predict the severity of symptoms among those who contract Covid-19. Symptoms could get worse at any time making the risk greater for them if they are not closely monitored by ministry medical personnel.