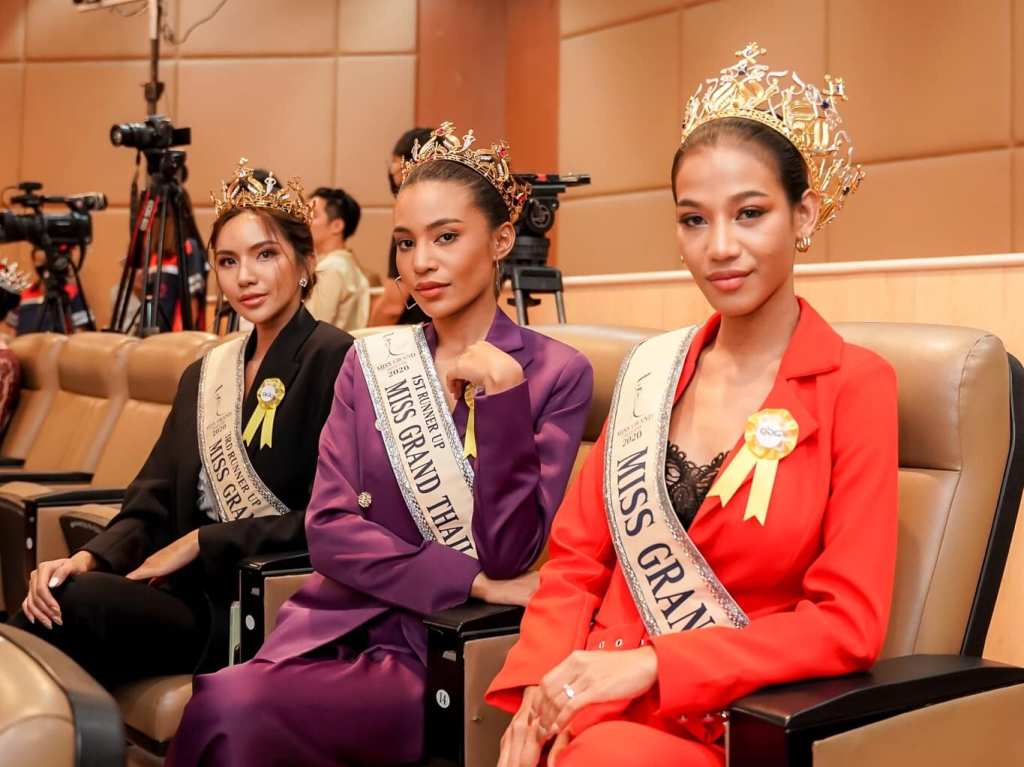 Three beauty queens from the Miss Grand Thailand pageant have urged the National Police to follow up the case of alleged forest encroachment by Palang Pracharath member of Parliament Pareena Kraikup.

On Friday, the Miss Grand Thailand page on Facebook posted that three beauty queens had met commander Pol Maj-General Pitak Uthaitham of the Natural Resources and Environmental Crime Division, to cheer him and his subordinates up.

The beauties also asked the National Police to follow up the case of MP Pareena, who allegedly encroached on the national forest reserve in Ratchaburi province.

The land encroachment allegation against Pareena made national headlines in February when the Royal Forest Department filed charges against her after months of investigation revealed that her Khao Son 2 chicken farm in Rangbua subdistrict of Jombeung district allegedly encroached on 711 rai, 2 ngarn and 93 square wah (approximately 115 hectares) of protected forestland.

Ministry to survey ‘no man’s land’ claimed by MP Pareena

The Royal Forestry Department, the Agricultural Land Reform Office (Alro) and a provincial-level committee met on to discuss this issue. A fresh survey was needed to demarcate the boundaries of Ms Pareena’s land, Mr Varawut said.

The Palang Pracharat MP for Ratchaburi was invited to attend the survey and would be asked to identify the areas she lays claim to, the minister said.

He admitted that because Ms Pareena’s occupation of the land had drawn public attention authorities were giving priority to the investigation and boundary demarcation. Asked what would happen if it was found Ms Pareena had no right to the land, the minister said he had to first await the results.

It was government land and the Royal Forest Department allowed people to farm it. Her family duly paid the “grass-flower tax”, or local tax, on the Por Bor Tor 5 land, Ms Pareena said.