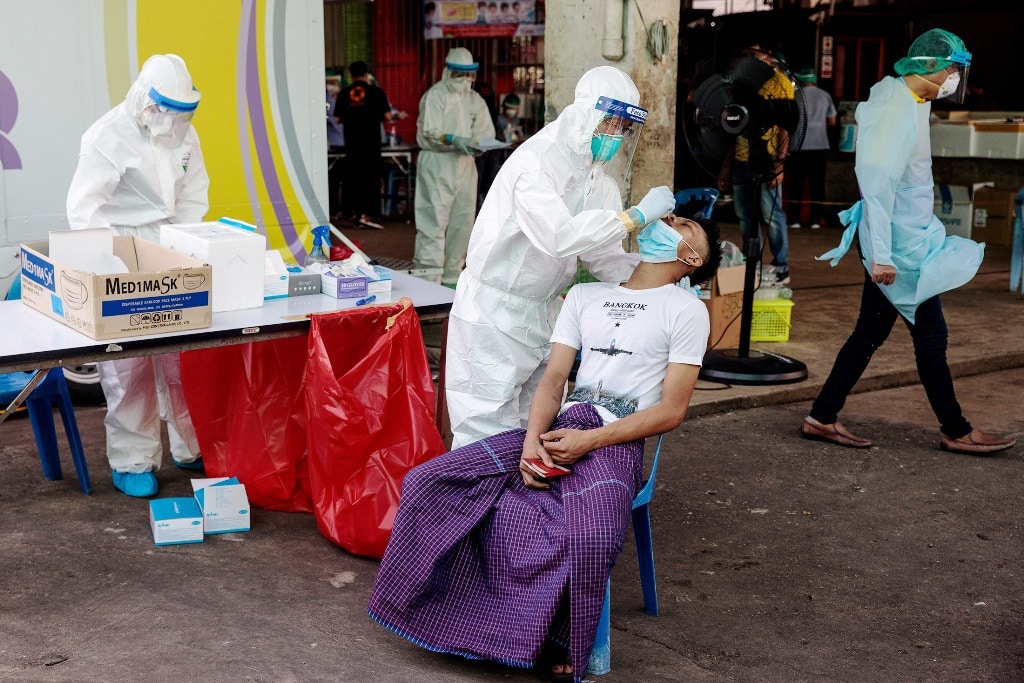 Health officials in Thailand report that out of 100,000 covid-19 tests conducted on factory workers about 7,000 tested positive. Dr. Taweesilp Visanuyothin, spokesman for the Centre for Covid-19 Situation Administration, announced the figures on Wednesday.

Most of the covid-19 tested workers were at nine big factories. Four of which each had 10,000 or more employees. He said 26-27% of workers at the factories tested positive for Covid-19.

Officials were also isolating factory workers in good health from the general population. Above all to ensure the disease was contained within their workplaces, he said.

They were waiting for these well workers to develop herd immunity, because they might get mild levels of infection from their ill colleagues, Dr Taweesilp said.

Once there was herd immunity, business and other activities could resume in the province, he said.

Samut Sakhon province was the epicentre of the second wave of Covid-19 in Thailand, believed to have begun at the central shrimp market in December.

Dr Taweesilp said the latest death was a Thai woman, 65, who had suffered from laryngeal cancer, terminal renal failure and high cholesterol.

She had been in close contact with an infected family member who came from Samut Sakhon. Five of eight immediate family members were confirmed with Covid-19.

The five other arrivals were ship crew from Indonesia, who were repatriated right away the spokesman said.