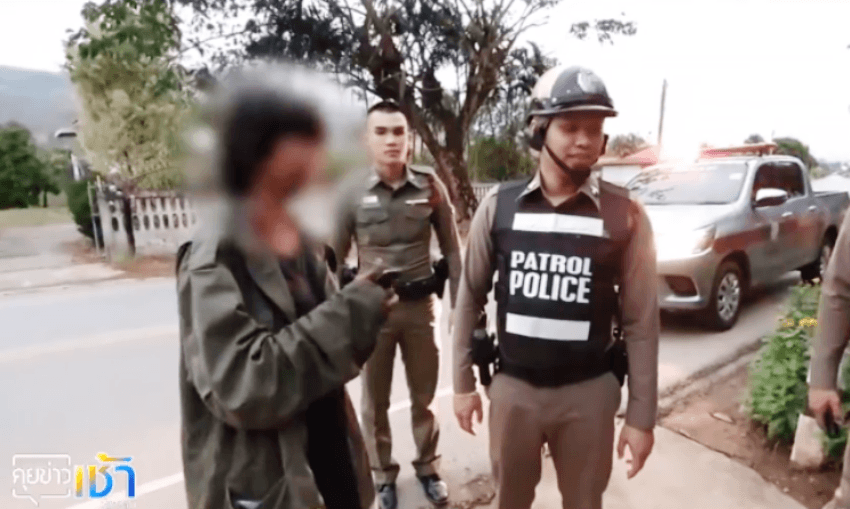 A woman with a calling card who called emergency services over 50 times was legally dead according to police investigators. The calling who used the calling card had been reportedly dead for 15 years.

Police in northern Thailand’s Loei province were notified by the 191 stations that someone using a calling card had been calling 191 all day. The police went to inspect a location and found a drunk woman. The drunken woman was identified as Mrs. Waruni 51 years old. She also had no home address was the one using her calling card to call the 191 the emergency line.

Waruni was furious as the police never came to help her as she asked.

After police calmed her down she finally started telling her story. She revealed that she has been declared dead for 15 years. Also saying she lived at a small house inside a village and had one child who already graduated from University.

In 2005 the news published a story reporting that she was stabbed 11 times and died in Chonburi Province. Her name has been removed from the Civil Registration. She was shocked by the information that implied she was supposed to be dead.

Mrs. Waruni has no ID card and no rights left in her name. She can’t get a new ID card and just decided to let the issue pass by.

A neighbor revealed to Thai media that Mrs. Waruni is telling the truth. She’s considered a dead person with no name in the Civil Registry. Her relatives have tried reporting the issue but they still weren’t able to make her a new ID card. After a while they’ve let the issue go.

Consequently even though Waruni drinks every day, she still has a perfect memory. Although she is drunk almost all the time, she knows that it wasn’t her who was stabbed 11 times.

Orachai Potplat the village chief has accepted the issue and will also be working with the District to fix her ID issue.