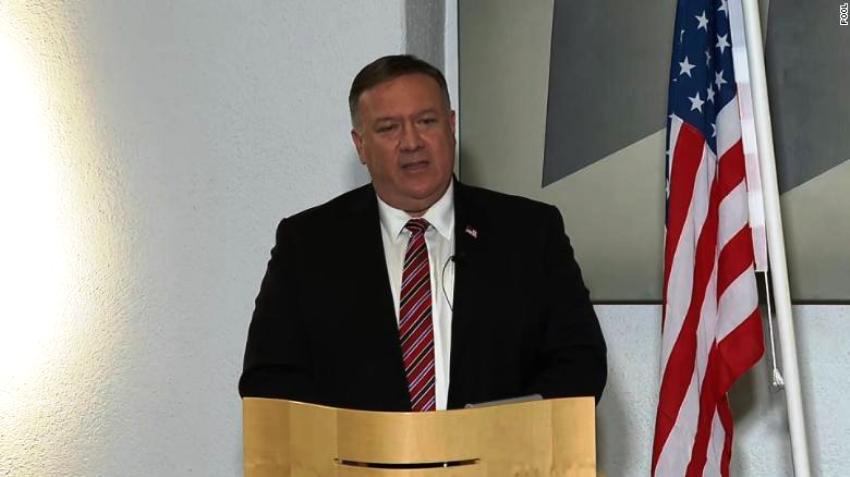 The United States has ordered the closure of the Chinese consulate in Houston, Texas alleging that Chinese agents have tried to steal data from facilities in Texas. The closure escalates tensions between the world’s largest economies as President Trump ramps up punitive measures against China.

China’s Communist party was quick to denounced the order Wednesday as “outrageous.” It said it would draw a firm response if not reversed.

The physical closure of the consulate, one of China’s six missions in the United States. The order marked a dramatic step in increasingly contentious relations that have been strained not only by the coronavirus pandemic; but also disputes over trade; human rights; Hong Kong and Chinese assertiveness in the South China Sea.


Furthermore previous Trump administration measures against Chinese officials, students and researchers have included travel bans; registration requirements and other steps intended to reduce the country’s footprint in the United States.

The White House has also announced its outright rejection of virtually all Chinese maritime claims in the South China Sea.

These actions have come as Trump blames China for the coronavirus outbreak in the U.S. Furthermore where cases have soared. Trump himself said more closures could be coming if China doesn’t change its behavior.

“It’s always possible,” he told reporters at the White House.

The State Department said it ordered the consulate closed within 72 hours after alleging that Chinese agents have tried to steal data from facilities in Texas. Including the Texas A&M medical system statewide; and The University of Texas MD Anderson Cancer Center in Houston.

There were indications consulate staff were preparing to leave: Papers were being burned on the consulate grounds late Tuesday night. A common practice when a diplomatic post is being shuttered on short notice.


State Department spokeswoman Morgan Ortagus said in a statement that the closure was “to protect American intellectual property and Americans’ private information.”

“The United States will not tolerate (China’s) violations of our sovereignty. Furthermore the intimidation of our people, just as we have not tolerated (China’s) unfair trade practices. Also the theft of American jobs, and other egregious behavior,” she said.

Testifying before Congress on Wednesday, Deputy Secretary of State Stephen Biegun lamented that relations today are “weighed down by a growing number of disputes,” including commercial espionage, intellectual property theft and unequal treatment of diplomats, businesses and journalists.

Those factors led to Trump’s action, he told the Senate Foreign Relations Committee.

The Department of Justice on Tuesday also announced the indictments of two Chinese hackers. On charges of trying to steal pharmaceutical secrets from U.S. companies related to the COVID-19. The pandemic that originated in China.

Although there was no indication the indictments and the consulate action were related, the U.S. has long alleged China is involved in nefarious activity around the country. Including from its Houston consulate.

Even before the U.S. announced the closure, which was conveyed privately to the Chinese ambassador on Tuesday, China strongly condemned it.