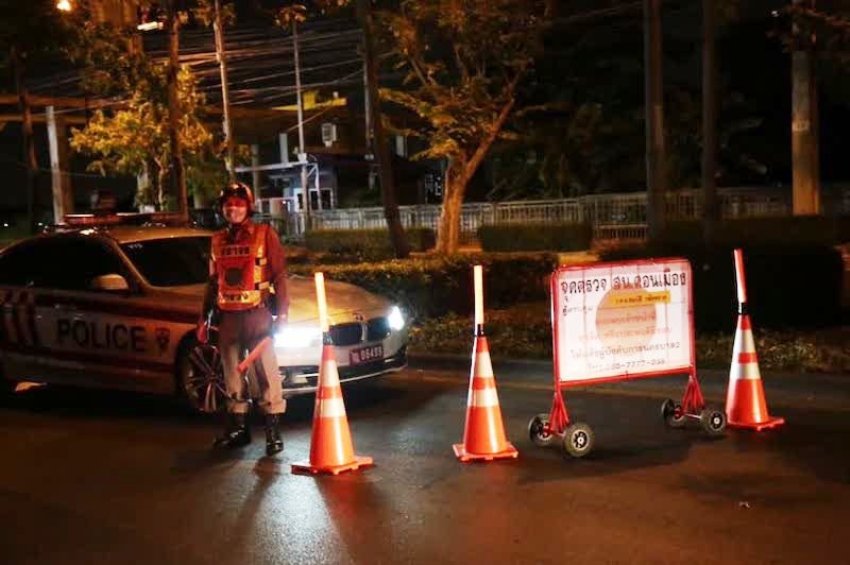 Since the State of Emergency curfew was imposed in Chiang Mai on April 3rd, over 250 people have been arrested for curfew violation. A notable number of those arrested for breaking the curfew were also drunk.

Police announced that a further 43 people had been arrested last night for violating curfew in Chiang Mai. Police also said that amongst those arrested two people were in possession of drugs. Many of the remaining people had also been drinking.

So far police say they have arrested 278 people who have been in violation of the curfew. Anyone caught breaching the curfew is being fined 1,500 baht. They also face being imprisoned for 15 days. Upon release, they are then subject to seven day home detention and a one year probation period.

Police also say that there have yet to be any reports of officers with the virus, though 17 are in quarantine and under close observation.

Due to the number of curfew offenders Chiang Mai’s Governor Charoenrit Sanguansat, has now issued a alcohol ban. He has banned all alcohol sales between 10th to 20th April 2020. Anyone found to be in violation of this will face up to one year in jail and or a fine of up to 100,000 baht.