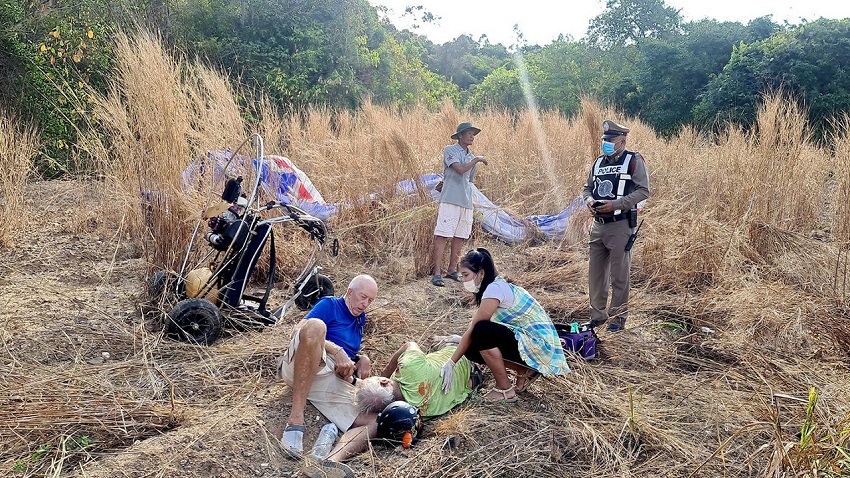 A 60 year-old Briton was killed after his motorized parasail developed engine trouble and he plunged to the ground in Pattaya. The tragic accident happened in tambon Bang Saray in Sattahip district of Chonburi, police said.

Bang Saray police and rescuers from the Sawangrot Thammasathan Foundation were called to the scene.

They reported finding a seriously injured man lying on the ground near a black motorized parasail. He was also wearing a green T-shirt and pair of camouflage shorts.

He was given immediate first-aid and then rushed to Wat Yanasangwararam hospital. Consequently he was later pronounced dead.

Police questioned his colleagues, who said the man was flying his motorized parasail over the area in a training session. Suddenly the engine broke down. He tried to make an emergency landing, but it was unsuccessful.

The man’s name was being withheld pending notification of relatives.

Photos from the motorized parasail crash: