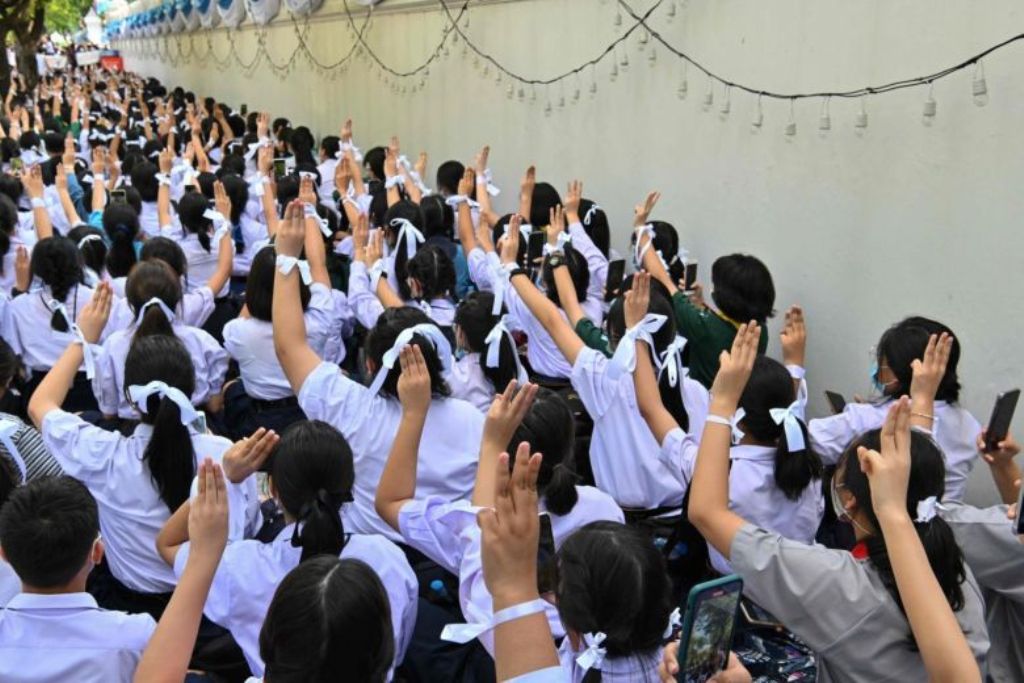 “Get out, get out, get out!” they chanted from the open-top truck after it parked in front of the steps of the Education Ministry. High school student campaigners complain that the school system is geared more toward instilling obedience than education.

“Stop the harassment of students, cancel outdated rules. Give us comprehensive education reform,” said Laponpat Wangpaisit, leader of the group. The high school activist was speaking in front of the ministry. Inside the compound, hundreds of uniformed high school students from different schools sang songs mocking school rules.They also gave the three-finger salute of pro-democracy campaigners. They also tossed 10,000 copies of a “resignation form” into the compound for the minister.

An Education Ministry spokesperson said the ministry is ready to listen to students’ demands. Even more they had already taken action with several policies to meet their demands.

“If students continue to show dissatisfaction with our performance or other issues, all relevant agencies are more than prepared to address those issues,” he said.

However, some demands that are still regarded as controversial. They may also cause division will take more time for a full evaluation and consideration.

The students also demanded that he act quickly to stop the abuse of kindergarten children. Which has been in the spotlight following recent revelations about teacher misconduct at a private school.

CCTV camera footage emerged this week of teachers hitting young children. The clips prompted outrage and calls for measures to be taken against the schools in Thailand.