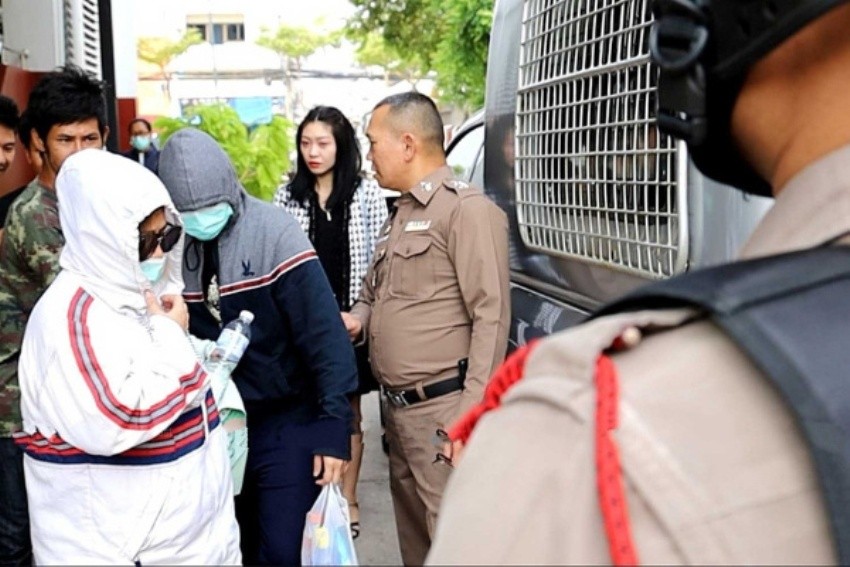 Five Thai vendors have been sentenced to between six months and 18 months in jail for selling face masks at inflated prices. While two others have got a suspended jail term and a fine of 25,000 baht each.

The seven Thai vendors — one man and six women — were taken to the Criminal Court on Thursday. They were charged with selling face masks, which are on the price control list, at inflated prices.

They were caught during a government crackdown on overpriced protective gear following the outbreak of the coronavirus. All defendants confessed to the charges.

The Thai court found that the five defendants had taken advantage of people who were in dire need of face masks during the spread of Covid-19. The selling of overpriced protective gear caused trouble to many people. The jail terms were not suspended.

The two other defendants were initially given one year in jail and a fine of 50,000 baht each. The court commuted the jail term to six months each and a fine of 25,000 baht.

As the number of face masks seized from them was small and they had no criminal records. Their jail terms were also suspended, the Bangkok Post reported.

After the Thai court’s ruling, the first five defendants were taken to the Bangkok Remand Prison and the Central Women Correctional Institute since they had not applied bail, said a source.