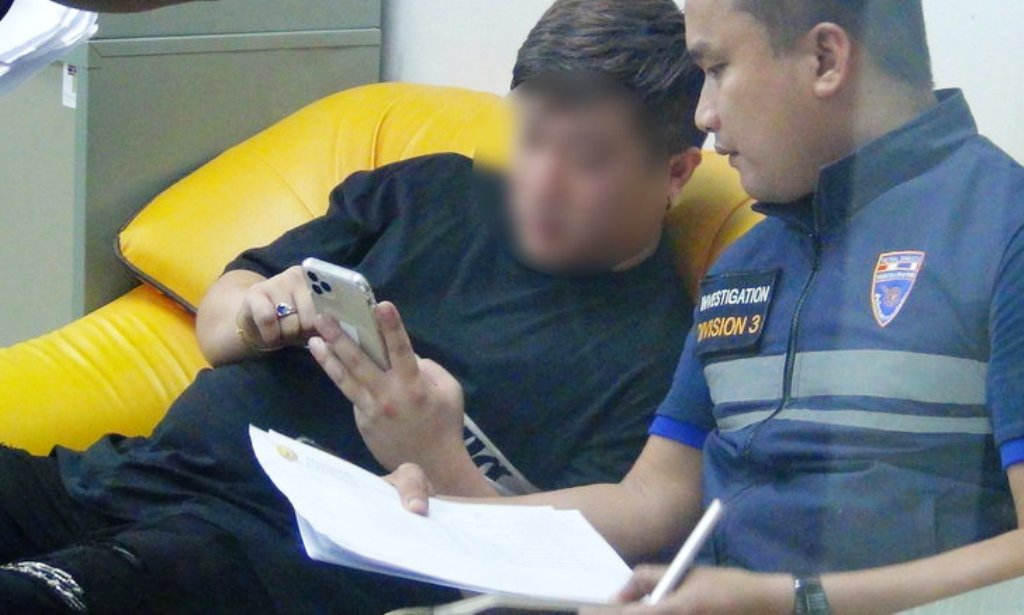 A Singaporean man was kidnapped by compatriots in Thailand and released after surrendering bitcoins worth US$60,000 to his captors. Mark Cheng Jin Quan, 32, claimed they were still going to execute him at gunpoint until he managed to escape.

The blockchain adviser with Singapore fintech company X Infinity said he reported the kidnapping to Thai police hours after his escape.

He was worried about his Singaporean compatriot, Kim Lee Yao Wei, 31, who had also been kidnapped. Lee had accompanied him on the business trip to Thailand.

But in a dramatic twist yesterday, the Royal Thai Police Thai media that Lee was the alleged mastermind of the kidnapping. He has been arrested and charged with robbery, illegal detention, physical assault and illegal possession of firearms.

Cheng was slapped with one charge under the Securities and Futures Act and three charges for criminal breach of trust in the State Courts here last year. He is alleged to have misappropriated more than $300,000 belonging to an investments company in 2014.

Cheng was given bail of $120,000 for permission to go to Thailand and Malaysia for work-related matters.

He reportedly arrived at Suvarnabhumi Airport in Bangkok with Lee, on Thursday morning.

Cheng claimed Lee had persuaded him to go to Thailand and negotiate a business deal with some locals.

They took a private taxi at the airport and later stopped at a petrol kiosk along the way at Lee’s suggestion, Cheng told the press.

At the kiosk, a group of masked men allegedly grabbed and bundled them into a nearby car. They were then blindfolded, beaten and drugged.

Over the next 12 hours, he was taken to four different locations in forested areas where he was tortured, Cheng told Wanbao.

“They took off my clothes, splashed ice water on me and gave me electric shocks. They demanded that I hand over US$1 million (S$1.3m) in Bitcoin,” he said.

But he told them he could give them only Bt1.4 million (US$60,00) in Bitcoin. After he paid them, they took him to a hut in a padi field where they pointed a gun at his head.

He had earlier heard men digging what he believed to be a grave, he told Wanbao.

“One of them held the gun against the back of my head while the others stepped away.

“Fortunately, I know martial arts. I reached behind my head and grabbed the pistol, and then I fled,” he said.

Singaporean’s compatriot was mastermind of kidnapping

Royal Thai Police spokesman Colonel Krisana Pattanacharoen said a good Samaritan picked up Cheng at the side of the road and took him to a Police Station. He made the report at about 7.30am last Friday, Siam Rath reported.

Colonel Krisana added that Lee was arrested on Sunday in a Bangkok hotel after a manhunt.

Mr Chano Pemberger, a 24-year-old Thai actor, who allegedly owns the car used in the kidnapping, is currently a person of interest in the case, Thai news reported.

Cheng is still shocked by the revelation that Lee had allegedly masterminded the kidnapping, Wanbao reported.

“I didn’t expect my friend to be involved. I really don’t know who I can trust now,” he said.

Cheng, who claims he is currently under police protection in a safe house in Thailand, is expected to testify in Lee’s trial at a later date.

Cheng, who co-founded Avelife, a non-governmental organization that focuses on social enterprise and the environment. He is the first Singaporean to win the Queen’s Young Leaders Award in 2016 for his involvement in environmental initiatives.

It is not known if he will return to Singapore for his next court hearing on Feb 3.