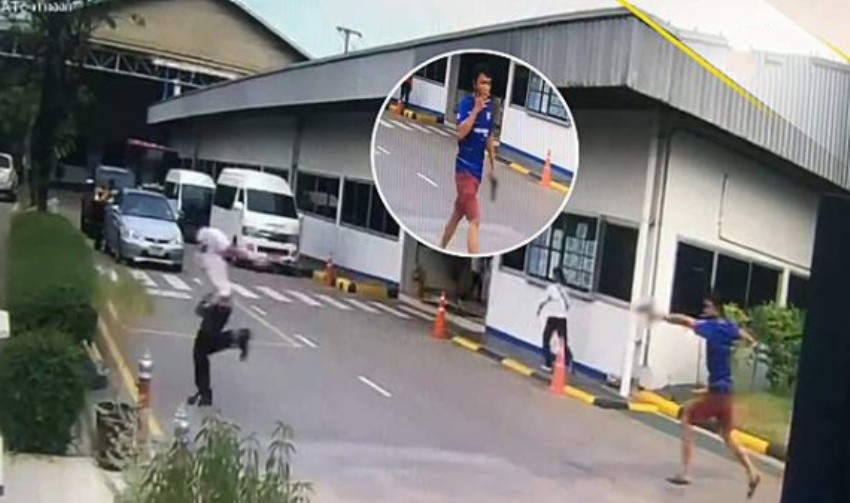 Police have arrested a 27-year-old man after he shoots co-worker at a factory for telling him not to smoke in the workplace. The suspect was arrested in Rayong after he fled the shooting incident.

CCTV footage showed the man shoot the co-worker at a Samut Prakan factory, before fleeing the scene.

Mr. Nattapon Kanhom, 23, the co-worker was found shot in the right hip. He said the alleged offender, Thirawat Thamkantee, tried to shoot him five times for telling him not to smoke.

Samut Prakan police came to know that Thirawat would be going see his relatives in Rayong.

The officers contacted police in Rayong who chased him to a rubber plantation. It took them two hours to arrest the suspect who was reportedly carrying a gun.

He was accused of an attempt to murder and carrying a firearm in a public place without permission and necessity.

CCTV footage Captures man firing a gun at a colleague