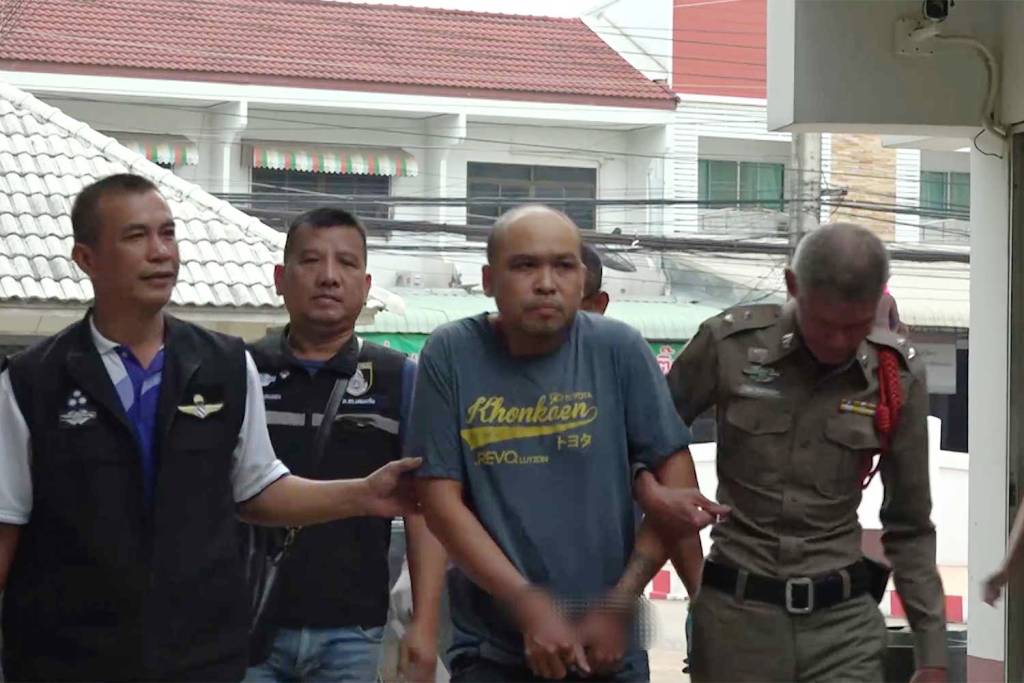 A man enraged after he couldn’t find his marijuana in his home shot his mother-in-law then beat over the head until she died, police say. Police in Northeastern Thailand’s, Khon Kaen say Niran Phaphan, 36, refused to let police take him to the house for a re-enactment of the crime on Saturday.

He feared he might be attacked by angry relatives, said Pol Col Khachornsak Wongrat. The incident took place on Friday night at the suspect’s house in tambon Nong Ko.

Ms Khambao Ektasaeng, 65, the mother-in-law was found lying dead with serious head injuries and a gunshot wound to her back when police arrived. Mr Niran was subsequently caught as he tried to flee.

During the interrogation, the suspect admitted he had taken speed pills and alcohol before he arrived home. He wanted to smoke some marijuana but could not find any. He asked his mother-in-law where she put it but she was forgetful, because she suffered from Alzheimer’s, he told officers.

At that point, he got angry and grabbed a home-made gun, which he used to fire at her back. She collapsed and he then used the gun to beat her repeatedly before striking her in the head with a large pry bar.

Police have pressed charges of murder, illegal possession of a weapon, taking illicit drugs and domestic violence against him. They took him to court on Saturday to seek approval to detain him.

Child Molester Captured After 13 Years on the Run

Meanwhile, Police have arrested a 44-year-old man wanted on charges of molesting two girls aged below 13. He was arrested in Nonthaburi Province on Saturday after nearly 13 years on the run.

Mr Thanarat is accused of molesting two sisters, then aged 9 and 7, who were children of a neighbour. He allegedly molested the girls and threatened them not to tell others.

The girls’ parents noticed the children behaving unusually and and asked them what had happened. After learning that the girls had been molested, the parents filed a complaint with police.

CSD investigators learned that the suspect had fled to live in Nonthaburi, Thailand. During the interrogation, Mr Thanarat denied the charges.