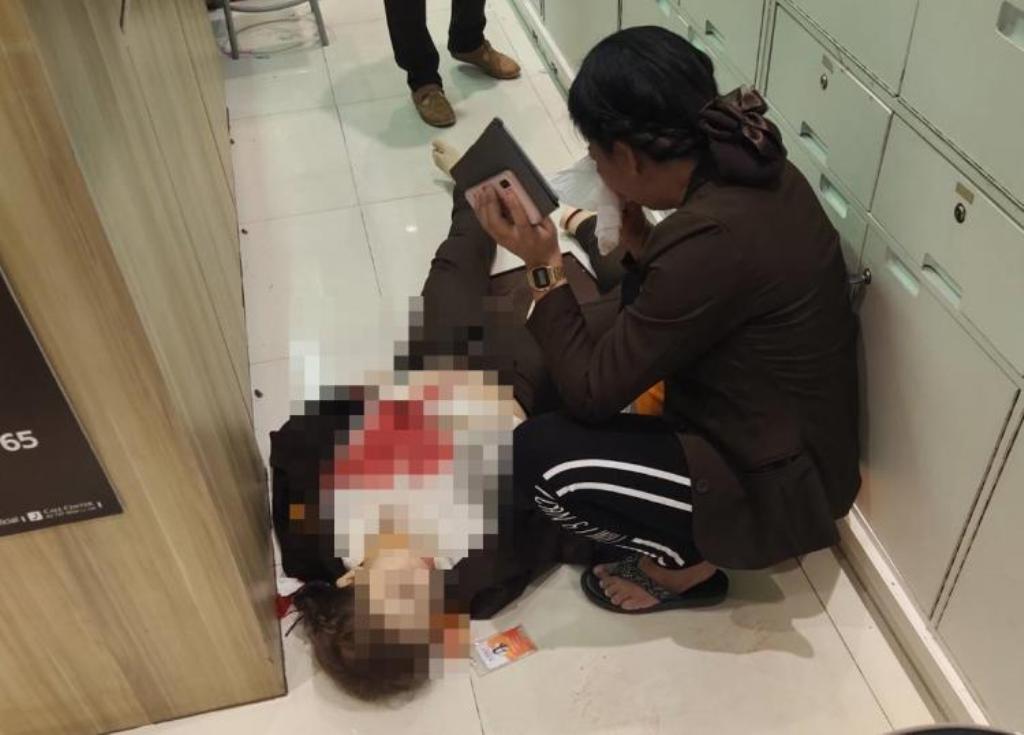 A masked gunman has killed three people including a young boy during a botched gold store robbery in Lopburi, Thailand. The bloodbath happened at the Robinson’s store, about 100 miles north of Bangkok at around 9pm.

The masked gunman shot and killed a security guard followed by a young woman working at the gold store. The gunman then turned his gun on the little boy as he walked hand-in-hand with his mother.

At least five others – including one tourist – were seriously injured and rushed to hospital after the shooting.

The gold shop staff member and security guard died at the scene and the boy died later at hospital.

Police believe the masked gunman is a trained expert in firearms. The search has been suspended and will resume on Friday morning, Thai media reported.

Police Colonel Kritsana Pattanacharoen said: ‘We believe the robber has been trained in the use of weapons before this.

Studying the gestures he made when shooting, it is unlikely to be someone who has never used guns before.

The equipment he had was specialized and not something that is easily acquired. The search will continue in the morning.’ Witnesses said the boy’s mother was inconsolable as she wept and cradled her child after the shooting.

Police Colonel Kritsana Pattanacharoen said the police already knew the gunman’s identity and were searching for him.

Meanwhile, Pol General Chakthip Chaijinda has ordered officers in Lopburi and nearby provinces to pursue the suspect. Furthermore to widen the search areas to cover every possible escape route.

“This case is now top priority as it has shocked the public. Officers have been instructed to use utmost caution as the suspect possesses dangerous firearms. Use of lethal force is allowed if necessary.”

“People with any information about the suspect, can call police hotline 191 or 1599 at anytime,” he added.

Photos of Crime Scene after gunman shooting at gold shop