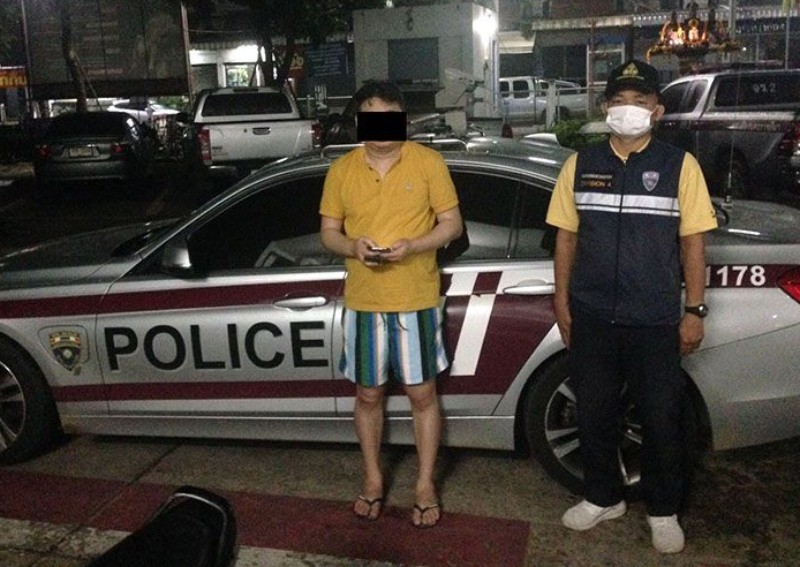 The Singaporean stripped naked and started dancing on the streets in Korat, Thai media reported. His drunken tourists antics were soon spotted by local police officers. They cover up him up with the spare clothing and took him in for questioning.

A quick check on his identity revealed that the tourist had overstayed his visa in Thailand by five years. His tourist visa expired on March 14, 2015.

He was arrested and charged with visa overstay. The Singaporean was also charged for committing obscene acts in public, being drunk and disorderly, and causing chaos in public. He was remanded to a Bangkok Prison to face the charges in court.

Man shocked to find hairy friend after drunken night out

Meanwhile, A man who abducted a stray dog outside a restaurant after a drunken night out was shocked to find the animal in his bed when he woke up the next morning.

The mans antics were consequently caught on video by his friend and posted on Facebook. The clip had netizens across the country giggling on Sunday.

After videoing the drunken dog-napping on his phone, his friend capture the mans reaction as he woke. Discovering the “new guest” he had invited into his home in his drunken stooper.

On Monday, the hilarious story also got a happy ending. The man announced on Facebook that he had decided to adopt the soi dog. Putting a smile on the face of netizens all around Thailand.

He explained that the animal was the perfect guest, “leaving no poop or pee in the house”.

And most importantly, ‘Boom’ [the dog’s new name] also knows how to turn on an electric fan all by itself.”