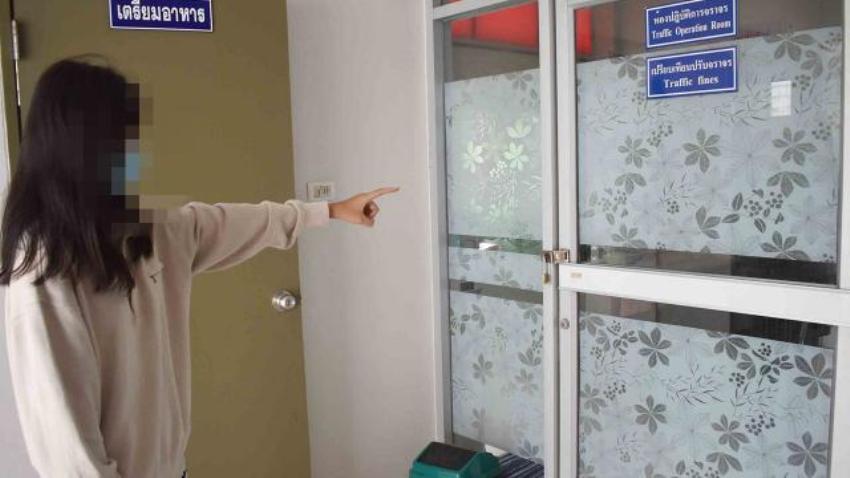 A police lieutenant in northeastern Thailand is facing dismissal and possible criminal charges after trying to grope a teenage. The police lieutenant asked girl if he could touch her private parts, according to his supervisor.

Pol Lt Gen Charoenwit Sriwanit, said on Tuesday that Pol Lt Uthit Onprasong, a deputy inspector at Sahatsakhan police station, confessed that he had been drunk on duty and sexually harassed the 15 year-old girl.

He quoted Pol Lt Uthit, 56, as saying that he had been drinking at home on Monday morning when a colleague asked him to take over a duty shift at police station. At about 11am, a 15-year-old girl arrived with her younger sister to pay a fine. They were fined for failing to wear a crash helmet while riding a motorcycle.

Meanwhile, An unannounced visit by national police chief Chakthip Chaijinda at the Klong Dan police station in Samut Prakan has unraveled a allegedly brazen act by criminals in police uniforms.

The police on duty were clueless as to why their highest supervisor had made a personal appearance. The police chief was following up on a complaint lodged by the group of activists.

They accused 6 policemen of assaulting, torturing and extracting money from victims in exchange for not filing drug charges against them. The 16 victims included a couple whose young child was also allegedly forced to suffer through the ordeal.

The policemen, who worked either in the crime suppression unit or as investigators, were suspended from duty. An investigation has been launched and they face criminal charges and/or disciplinary charges.