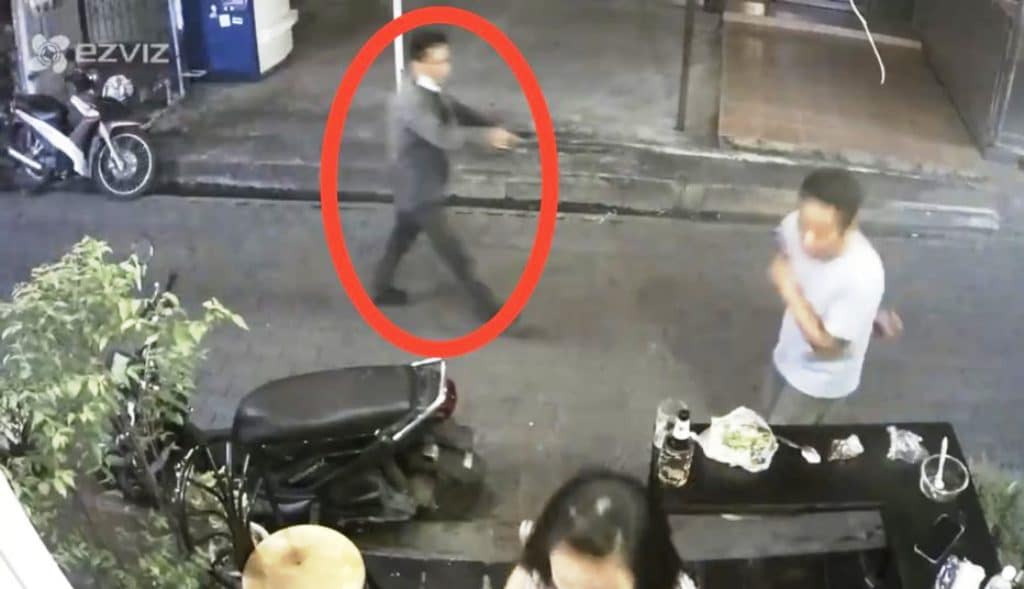 A Chiang Rai Man has been arrested after brandishing a gun and threatening people along Ratvithi Road Soi 2 in Chiang Mai City. Mr. Sapol Jindatham, 44, from Mae Sai, Chiang Rai, was arrested at an apartment 100 metres away from where the incident occurred.

According to Chiang Mai police people sitting at a roadside restaurant called to report a belligerent man bandying a gun around the soi. On arrival the man had left, but police tracked him 100 metres an apartment where he was arrested.

The man was found to be in possession of a handgun, but there were no bullets in it.

Once arrested the man told Chiang Mai police that he had walked past some people in the soi and some of them had been rude to him. He then walked back to his apartment got his gun to return to teach them a lesson.

The Chiang Rai man has been charged with wielding a firearm in public and mischief.

Police say that they suspect the thieves broke the glass of the bank and then set fire to the ATM machine from the back end. The thieves managed to break the seal of the ATM Machine and make off the cash.