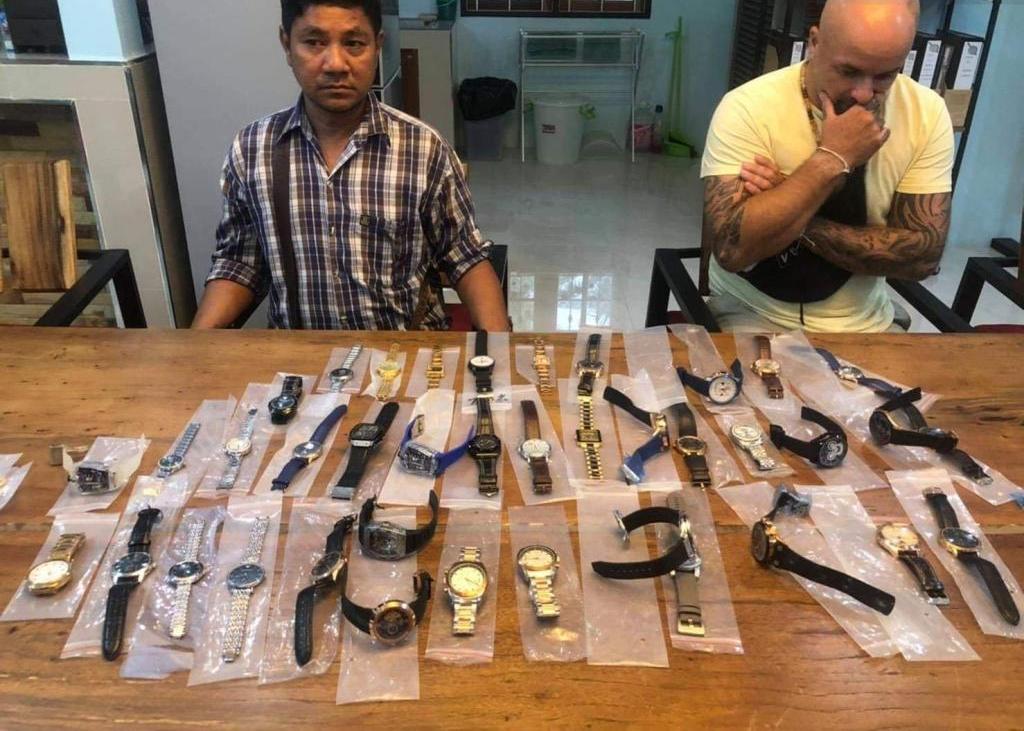 A 43 year-old British man has been arrested for selling counterfeit brand name watches online at a huge mark-up to foreign buyers. The Briton and a Thai National were arrested on Tuesday in Pattaya, Thailand.

Police identified the Briton as Mark Peter Dorey, 43 and the Thai man as Virut Bua-raem, 45.

Acting on a tip-off from an informant, police pretended to be a buyer and contacted Dorey. They offered to buy 12 brand name watches, Rolex’s, Patek Phillipe and Cartier watches for Bt123,500.

Police made an appointment to meet at a coffee shop at a shopping center in South Pattaya, police said.

They met at the coffee shop and from there, Dorey took the police agent on a motorcycle to another shopping centre on Pattaya Beach Road. Dorey handed the fake watches to the police agent after an exchange of money.

Mr Dorey confessed to having bought the watches from Mr Virut for about 500 baht each. He then resold them online for about 12,000 baht each.

Mr Dorey said he advertised the watches for sale on Instagram. After receiving orders, he sent the products by parcel post to his clients. He said all his customers were foreigners, who paid for them via a bank account.

The two suspects were charged with possessing counterfeit watches, also with intent to sell.

In February of last year than 2,200 counterfeit brand name watches were seized from shops at a popular market in downtown Hat Yai.  Authorities raided 2 markets and seized a total of 2,280 fake brand-name watches from 10 shops.

The vendors were charged with having counterfeit watches in their possession with intent to sell. An offence liable to a jail term of up to four years and/or a fine up to 400,000 baht