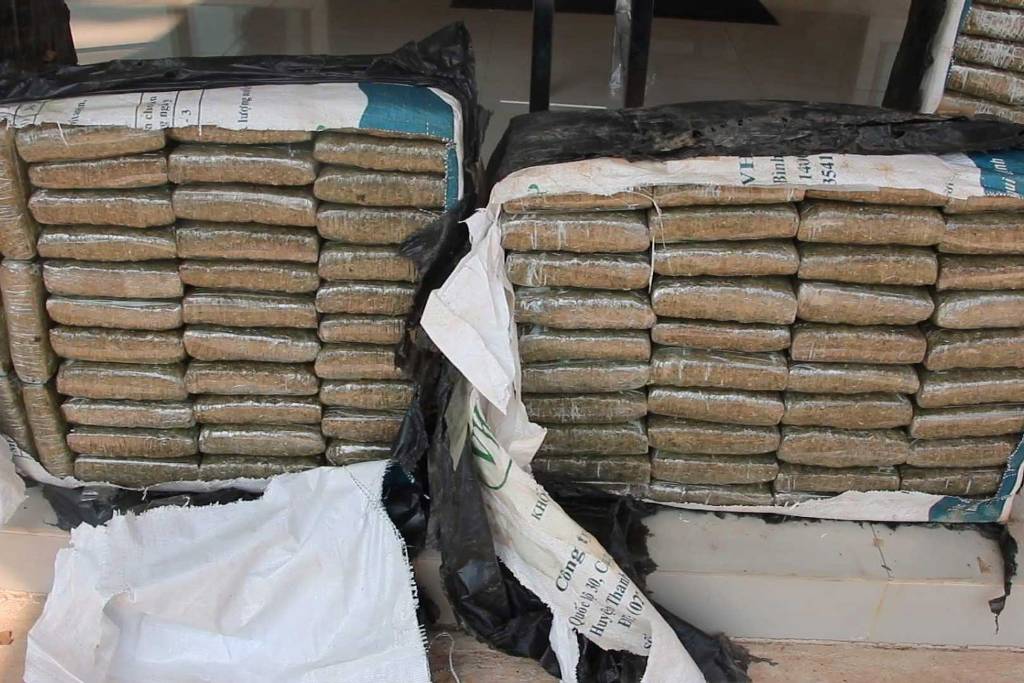 Authorities in northeastern Thailand have seized over 500kg of compressed marijuana at a checkpoint in Khon Kaen Province. Two men and a woman were also arrested during the seizure, Thursday.

Highway police manning the checkpoint signaled a suspected pickup truck for a search on Thursday afternoon.

The driver, who was alone in the vehicle, acted suspiciously when questioned by the officers. The police ordered a search of his vehicle and found fertiliser sacks containing bricks of marijuana. They were hidden under sacks filled with coconut coir (fiber).

Over 5 hundred bricks of compressed marijuana, weighing 510kg were seized. The marijuana had a street value of about 7.6 million baht, said Pol Col Apichart.

The Driver told police he had been hired by another man for 50,000 baht to transport the drugs. He said that the man had driven another car ahead of him.

The officers then asked the driver to tell the man that his pickup truck had a trouble. When he drove back to check the vehicle, he was subsequently arrested, Pol Col Apichart said. Police also detained a female passenger as an alleged accomplice.

According to the Bangkok Post since New Years, more than 1,900kg of marijuana had been seized at checkpoints in Khon Kaen.

In August of 2019, Authorities in Thailand have announced that more than a ton of seized marijuana would be turned into 600,000 bottles of cannabis oil extract.

The seized marijuana will turn into 600,000 bottles of cannabis oil extract, the ONCB director said.