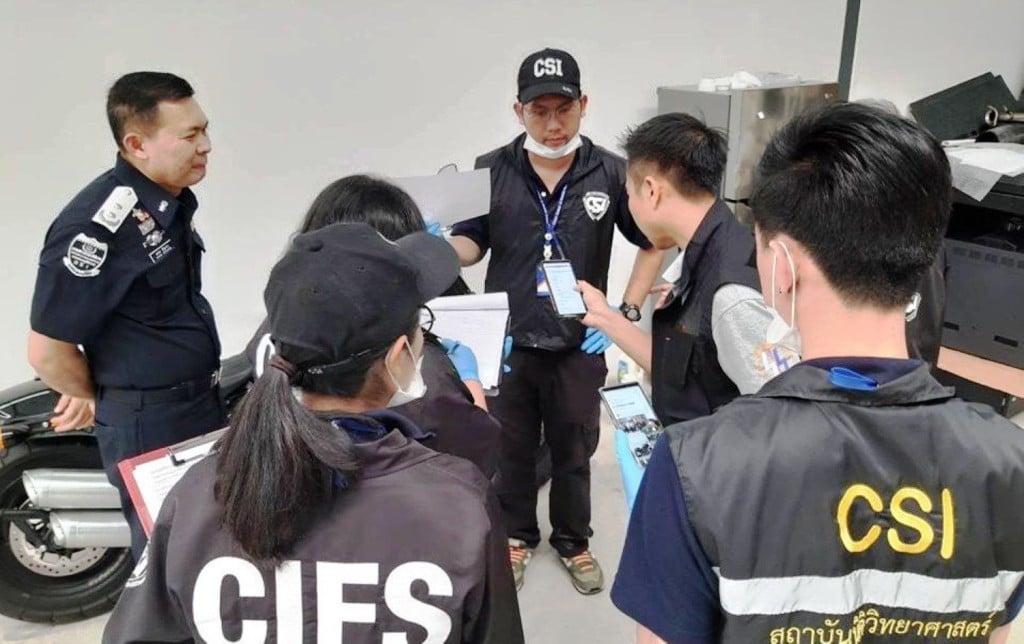 The alleged mastermind of the Forex-3D Ponzi scheme has finally been caught in Bangkok after more than a year on the run outside the country.

Apiruk Kothi was arrested on Friday morning at a condominium in the Thong Lor area, where investigators also seized several items, including a blue Lamborghini. He had repainted the orange supercar and planned to sell it in the grey market for 10 million baht, authorities said.

Also seized were land ownership documents, a safe with gold inside, luxury watches and a number of brand-name bags.

The DSI has received more than 8,400 documented claims from victims of the foreign-exchange scheme since the first group sought help from the Justice Ministry in November 2019. Most victims claimed they had not received the returns that were promised by the company. The damages are estimated to total 2 billion baht.

The DSI and the Anti-Money Laundering Office have confiscated assets worth around 1 billion baht from Mr Apiruk to pay back the victims. In July last year, while Mr Apiruk was still on the run, authorities seized a 27-million-baht Aston Martin Vanquish, which had been stashed in Ratchaburi, from his wife.

Piyasiri Wattanavarangkul, director of the Bureau of Illegal Financial Business Crime at the DSI, said Mr Apiruk denied some of the accusations and would fight the case in court.

He said the Forex-3D boss claimed he operated three foreign-exchange firms — in Hong Kong, Dubai and Singapore — with more than 60,000 clients, but he could not provide evidence to back his claim after he was arrested.

The Forex-3D executive fled Thailand after the scam was exposed in late 2019. He hid mainly in Singapore and Malaysia before returning to Thailand in October last year via Cambodia, said the official, who tracked his whereabouts.

Mr Apiruk never stayed in one place for long after he came back to Bangkok. He had been living at the condominium where he was apprehended for two months, said Mr Piyasiri.

A DSI source said the suspect’s last trip started in Singapore, from where he flew to Phnom Penh and then travelled by car to the border with Thailand near Aranyaprathet district in Sa Kaeo. Mr Apiruk hired a local resident to take him on foot across the Cambodian border to Aranyaprathet through an unmanned crossing, the source added.

The suspect decided to return to Thailand because living abroad was becoming costly, the source went on.

Mr Piyasiri said the DSI planned to interrogate seven people to determine whether they were also involved in the scam by selling assets for Mr Apiruk and helping him leave the country.