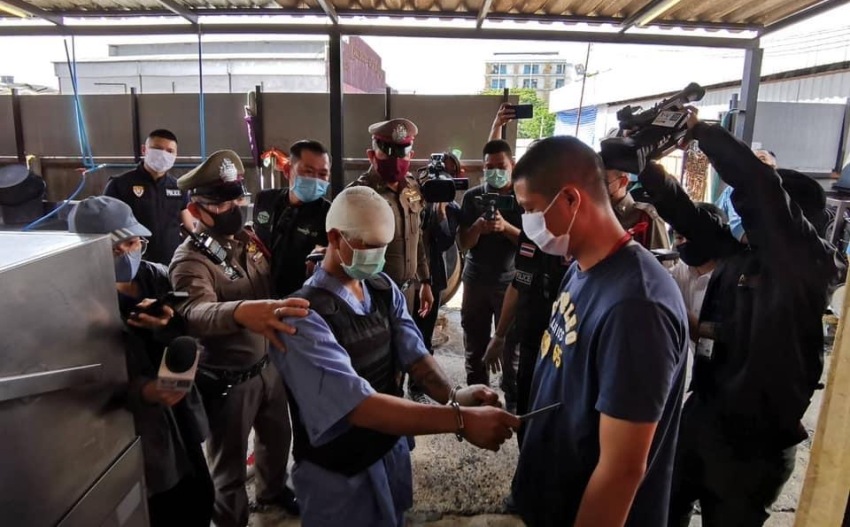 A 17 year-old girl was stabbed to death by her boyfriend at a Moo Kata BBQ Restaurant in Chiang Mai. The stabbing occurred while the two were working in the restaurant in the evening.

When police arrived at the scene they found the girl stabbed multiple times in her neck and body. She later died of her injuries at hospital.

The boyfriend who stabbed her was detained by patrons and staff of the restaurant as he was attempting to flee.

Police say that Jatee Namilu, 25 has confessed to stabbing his 17 year old girlfriend. He told police he stabbed her because she was allegedly cheating on him.

According to Jatee, he begged her to come back to him but she refused, which lead him to become enraged with jealousy.

Meanwhile, A woman motorcycle taxi driver has been detained after she stabbed a security guard during a quarrel at a parking building on Tuesday (May 19). Police in Samut Prakan were alerted to the fatal stabbing at 10am on Tuesday.

The victim of Mr. Sathaporn Thong-In was found lying in a pool of blood and had a stab wound on the left chest. The murder suspect, Ms. Phayao Senarak, and her husband both motorcycle taxi drivers, waited for police at the scene.

According to police Ms.Phayao handed over the bloody knife that she had used to stab the security guard.

She told police that her husband had phoned her that he was involved in a small accident with a car. The accident allegedly happened in front of the parking building. Her husband asked her to bring the motorcycle’s registration document for the insurance company.

When she arrived at the parking building, the security guard told her she couldn’t park blocking the entrance to the building. This of course led to a violent quarrel. Ms. Phayao alleged that the security guard ( Sathaporn) then tried to hit her with a piece of wood.

Defending herself she stabbed the security guard while her husband was trying to allegedly stop the fight. Police have charged the couple with assault and manslaughter.