How Will The RCEP Impact Thailand’s Economy

RCEP has already brought benefits to Thailand half a year after it came into effect. Thailand has experienced spikes in trade in early 2022 in fruits, vegetables, textiles, vehicles, and vehicle parts under the RCEP. 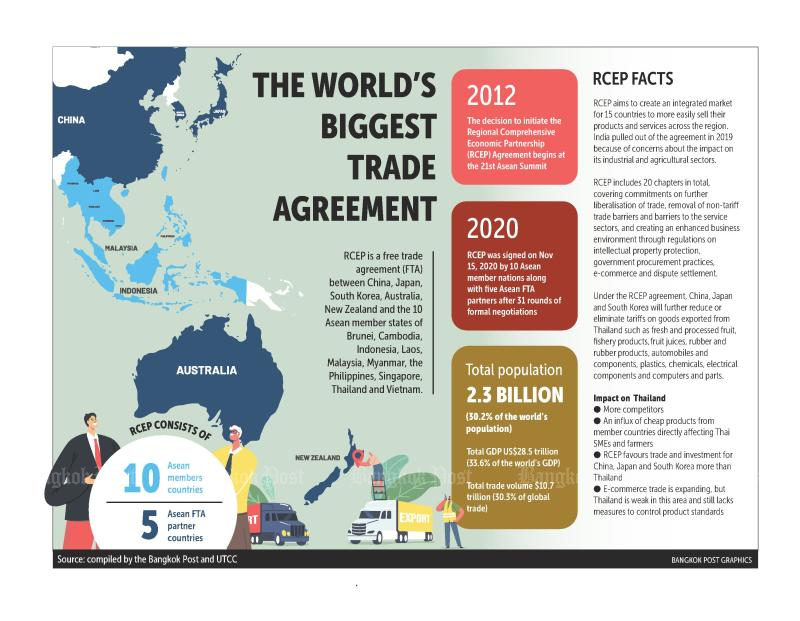 The 15 participating countries represent close to 30 percent of the world’s GDP, making RCEP the world’s largest trade deal. As one of the first countries to ratify RCEP, Thailand did so in October 2021, and the agreement went into effect on January 1, 2022.

What tariff cuts are offered to Thailand under the RCEP?

Thailand’s Ministry of Commerce estimates that RCEP will reduce tariffs on 39,366 items, 29,891 of them in the first phase.

Thus, the RCEP Trade deal will increase Thailand’s trade and investment with many of its key economic partners.

Over the next 20 years, RCEP will reduce tariffs between participating countries by 91 percent, with many of these cuts taking place immediately, in its first phase.

Does Thailand need to be in the RCEP?

By introducing additional tariff cuts and a standardized trade framework across the region, RCEP will further boost trade and investment.

As a result of RCEP’s harmonized rule of origin provisions, RCEP-sourced inputs can be considered local when manufacturing finished products.

By lowering compliance costs as well as offering greater incentives and preferential tariffs, these provisions will encourage businesses to source from within RCEP countries.

How will the RCEP increase Thailand’s market access to East Asia? 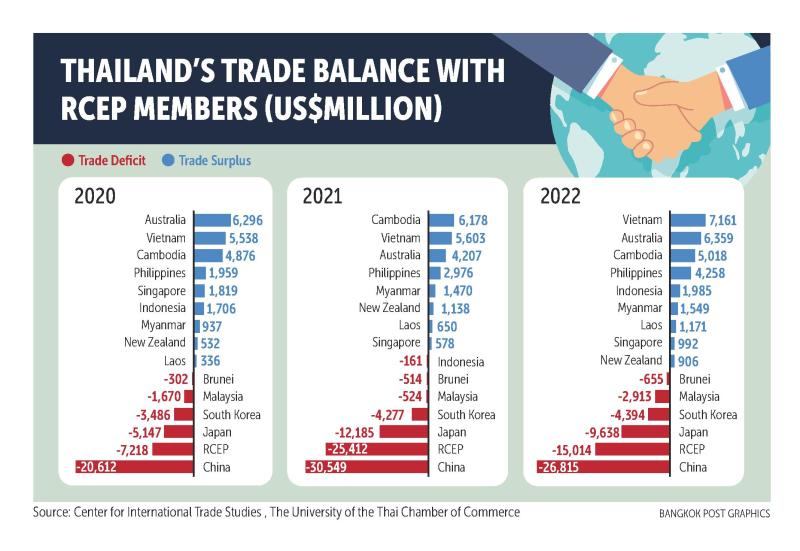 How will RCEP impact Thailand’s place in regional trade?

While Thailand will benefit from increased trade under RCEP text, other participating countries will also pose increased competition.

Thailand faces challenges competing with China for affordable manufactured goods, while tariff cuts on advanced products from Japan and South Korea could hinder Thailand’s efforts to move up the value chain.

Under RCEP, Thai exports to China, Japan, and South Korea are expected to increase, but the trade deficit with these countries, particularly China, may increase.